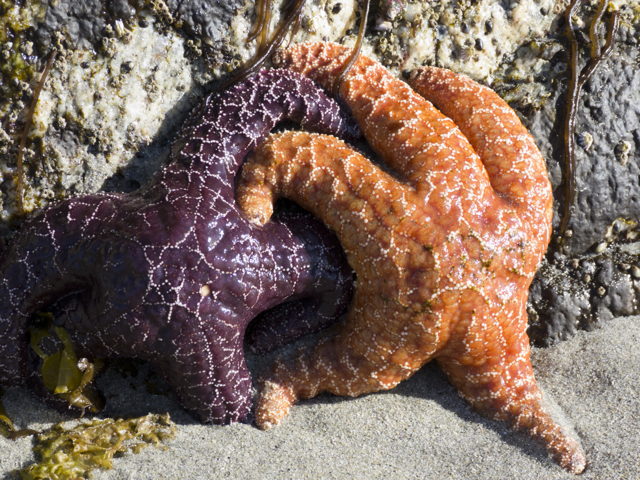 
Notes
This poem is a modified English form of a cinquain,  a form  of syllabic verse in which each line consists of a strict number of syllables (like Haiku, with its 5/7/5 formula).  Initially, in French, cinquains were poems built of five-line stanzas. In English, however, the cinquain developed a specific formula, so that the first and last lines consisted of two syllables, the second four, the third six, and the fourth eight. I added an extra first line here (making a sextain?) for sense and sound.

So foggy today that the day is both dark and blind. The sea star picture was taken on Hakai Beach in Central BC in full sun. We don't have such wildly brilliant starfish on the east coast. But the five points make their point, and add desperately needed light to the day.
Posted by Karin Cope at 12:53 PM