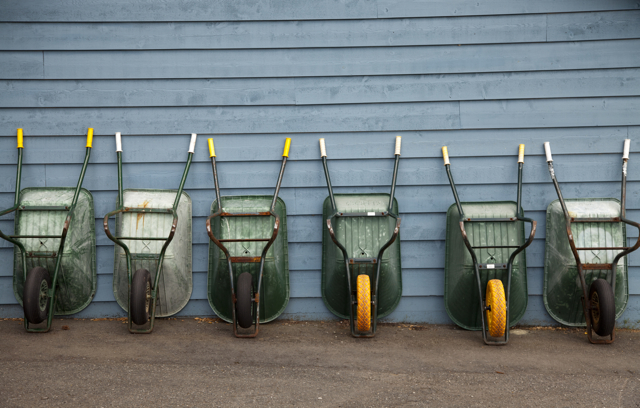 i
Everything aggregates
in the spring:
boats docks anenomes
blossoms shades of blue
shades of green 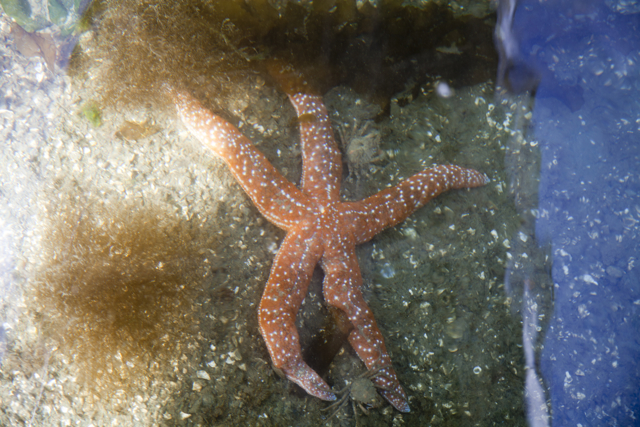 starfish gather under pilings
lines tangle on decks and wharves
raccoon paws trail water
from cedar board
to cedar board. 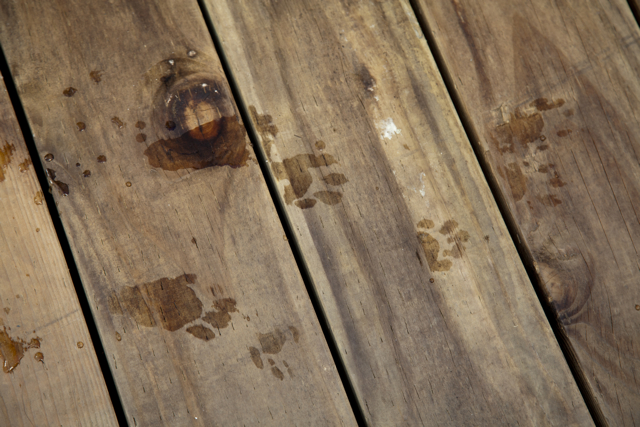 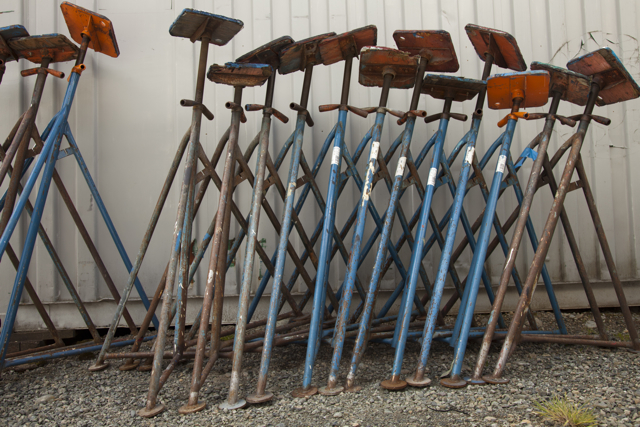 Everything proliferates
in the spring:
jackstands bicycles wheel barrows 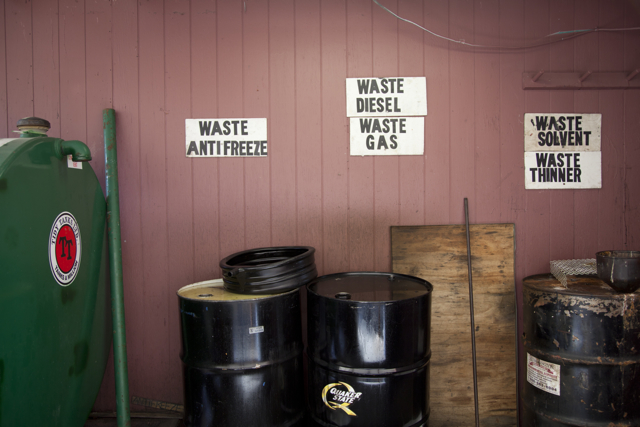 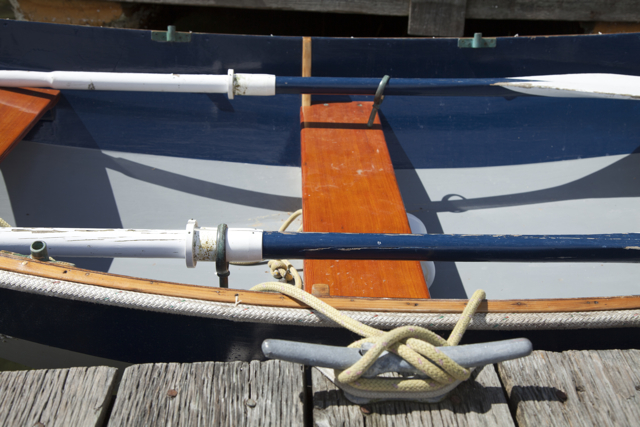 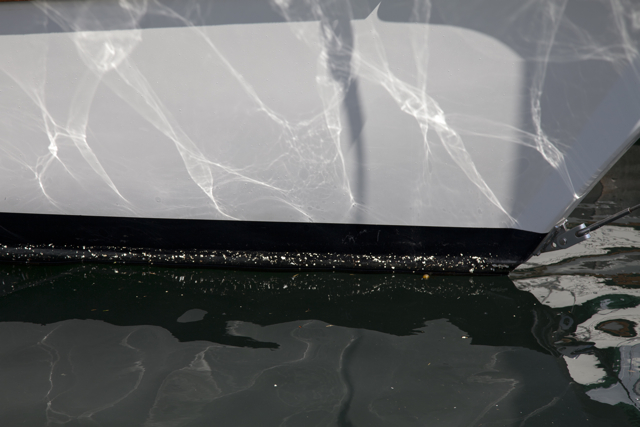 iii
Everything is prodigal
in the spring. 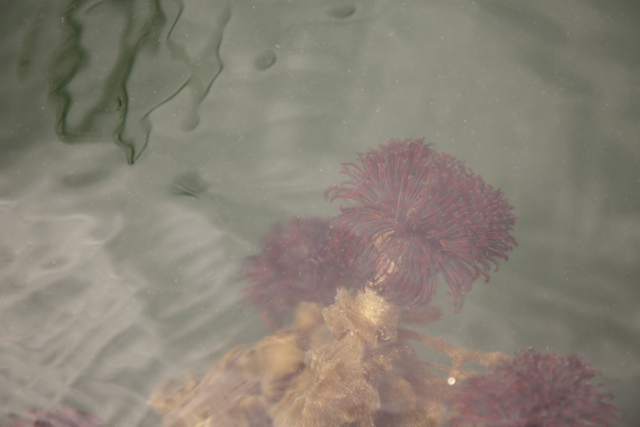 Like Feather Dusters (subclass sedentaria), but
profligate,
wavering heads full of wanderlust
we root ourselves in water waste and
light; we hymn
the margin,
love the strand. 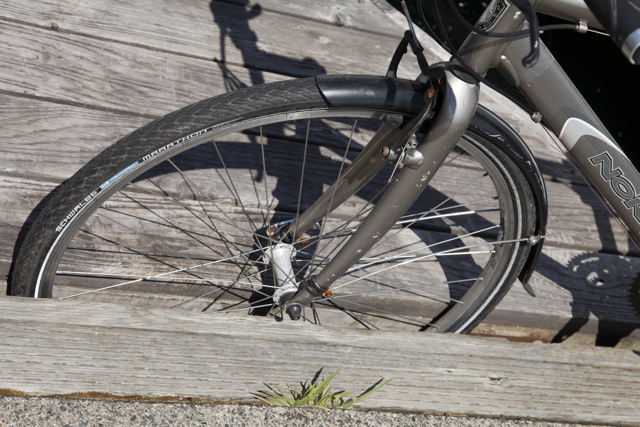 Photos were all taken yesterday, 29 April, in the work yards and on the dock--or beneath them--at Canoe Cove, Vancouver Island, British Columbia.
Wheelbarrows help to carry heavy loads down the docks to the boats; it's a steep roll at high tide.
The Troschel's Sea Star has five points and white spots, and lives just below the low-tide line of protected coastal regions from Alaska to Northern California.
Raccoon prints are, well, just that.
Jackstands are stands of various and variable heights, used to support boats that have been hauled out on the land.
All solvents and poisons used in the yard must be disposed of properly.
A rowing punt with a new coat of paint and varnish shines in the sun.
Light bounces from the tops of small waves onto the hull of a boat at the dock.
Banded Feather Dusters (Sabella crassicornis, Subclass Sendentaria), found the length of the Pacific coast,  are a sea creature described in the taxonomies as a "flowerlike animal."  Like anenomes, they fasten themselves to a dock or piling with a tube-like foot, then sweep nutrition into their bodies with their feathers. Feather dusters must also excrete fecal matter through this same tube: a "ciliated groove" runs the length of this tube-body, and permits the animal to dump out its waste.
Bicycle, stored between dock sections. "It seems to work," says its owner, a ferry captain.
Anenomes come in many varieties--"aggregating anenomes," "proliferating anenomes"--as below, and "frilled anenomes." This particular anenome kept company with a Red Sea Cucumber.  All of these animals tend, like plants, to root themselves to particular spots, then colonize--rather as we do.  Glorious but difficult to uproot yourself. Do we ever really succeed? 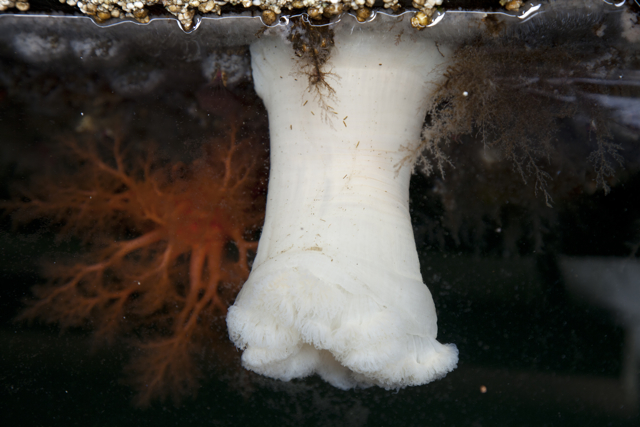 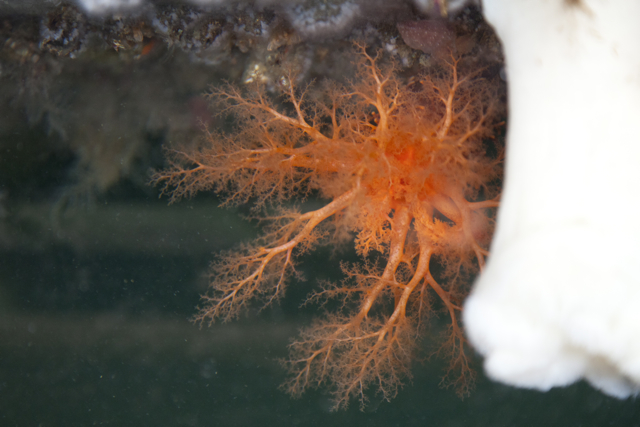