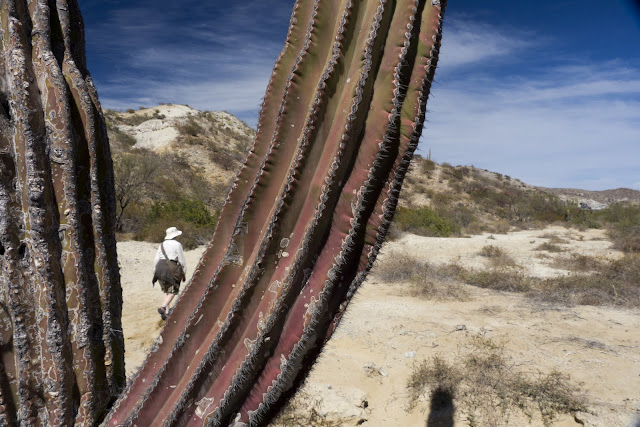 
Two nights ago our friend Dorothy dreams--really it is a nightmare--that she is being gored, cleanly, by a bull.  And that, although many people crowd the street, no one comes to her aid.

Did anyone notice she was being gored? She cannot say.

Then yesterday as we walked up the dusty road to the tienda, a strange lowing animal cry floated out from the bush. We looked, and saw nothing but buzzards circling in the sky, riding the currents up the pink mountainsides of the Sierra de la Giganta. We entered the tienda--we were back again another year!  The owner greeted us like old friends.  Everyone remembers Marike, la Maria grande who speaks fluent Spanish with an Argentinian accent.  We bought a few supplies: tortillas, a head of cabbage, peppers, yoghurt, onions, some chicken, avocados, some tomatoes, raisins.  No cucumbers--they froze in the last cold snap and aren't available.

Suddenly, outside, a commotion.  Bellowing.  There at the side of the shop is a horned bovine.  Your bull! Marike cries to Dorothy.  And then we notice the hanging udders.

The owner comes out and chases off this skinny desert cow, who clatters up the road to join a lowing companion.

She's a bad one! the owner says.  Bit off the water hose earlier this year--we had water shooting fifteen feet into the air.

You see that green there? She points to a patch of bushy blooming bougainvillea, the only green palm and some grasses.  It's all grown up because of that water, and now she comes to eat it, the wretch!

A smart one, Marike says tapping the side of her head. Inteligente. 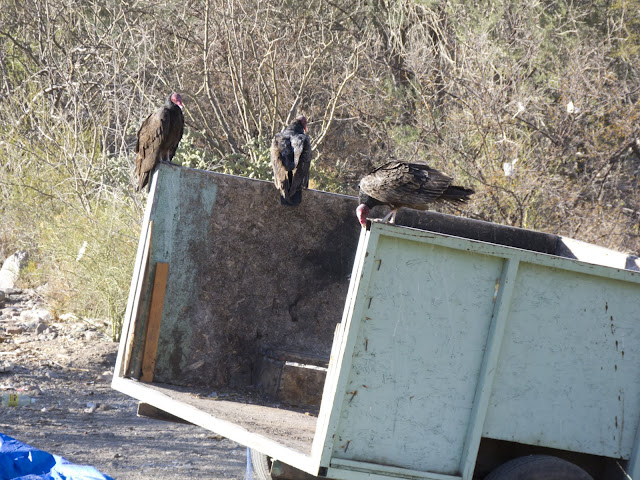 As we walk back up the road Dorothy comments, that's not the cow of my dreams.

Because it's had a sex-change operation?

No.  Because it's more white than black.

That sounds like a metaphor or a moral, but its import escapes me.  Was this walk a fable? 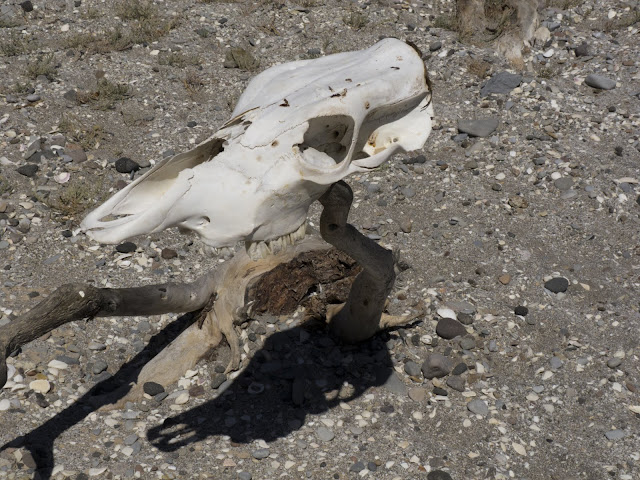