On Getting Lost (Again) 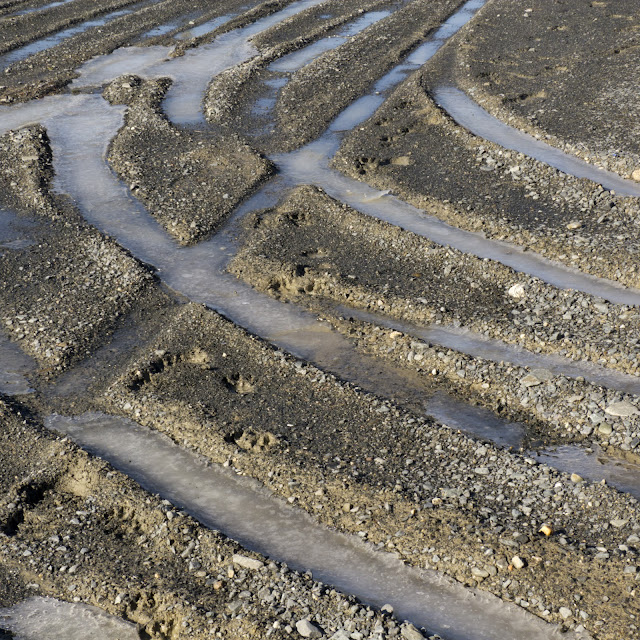 It happened in mid-February, on a sunny, windy weekend afternoon.  We'd been walking on the access road to Taylor's Head Park, along the water.

I suppose it happened because I was scanning the tracks on the road, looking for the ripped-off gull's wing we'd seen on the walk in, half of its feathers intact. I wanted a picture of it, and I hadn't stopped earlier. I was peering at the road so intently that I lost my place on it, and walked right by the little path that leads off to the parking spot at the end of Old Taylor's Head Road. 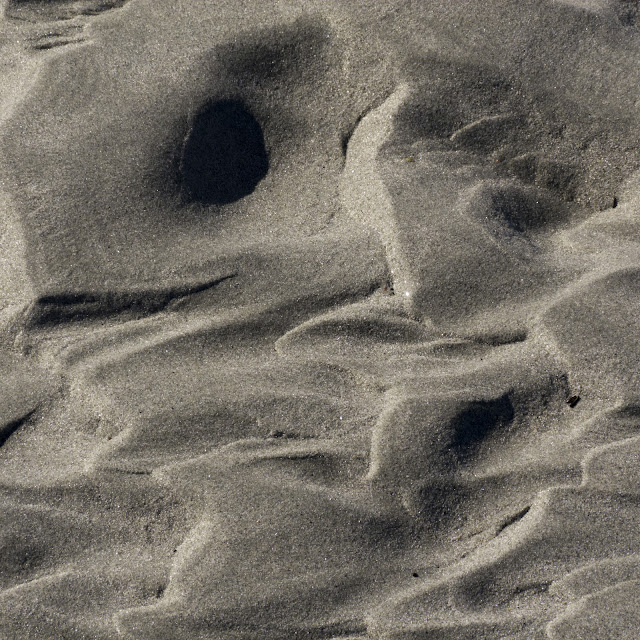 Not long after I walked on by, something clicked in my mind. Oops. I've gone past the lot. And so I turned back, but then somehow didn't see where I was supposed to go. 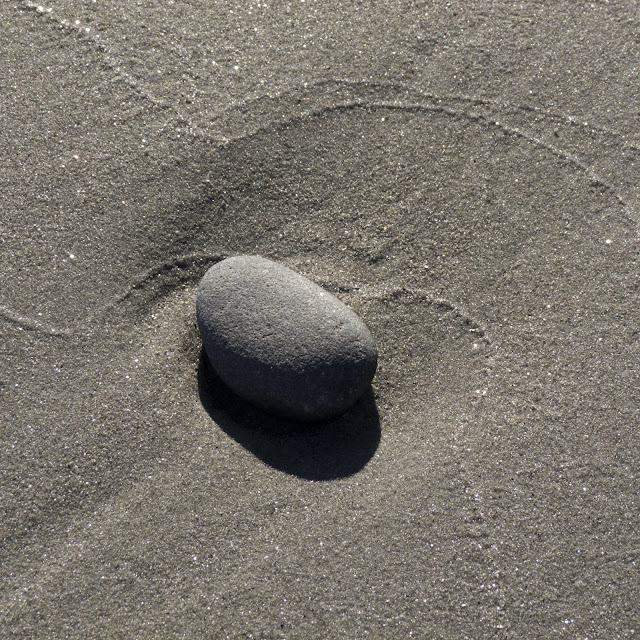 A brief moment of suspension; confusion; growing blankness.  A dense grey rain in my brain. 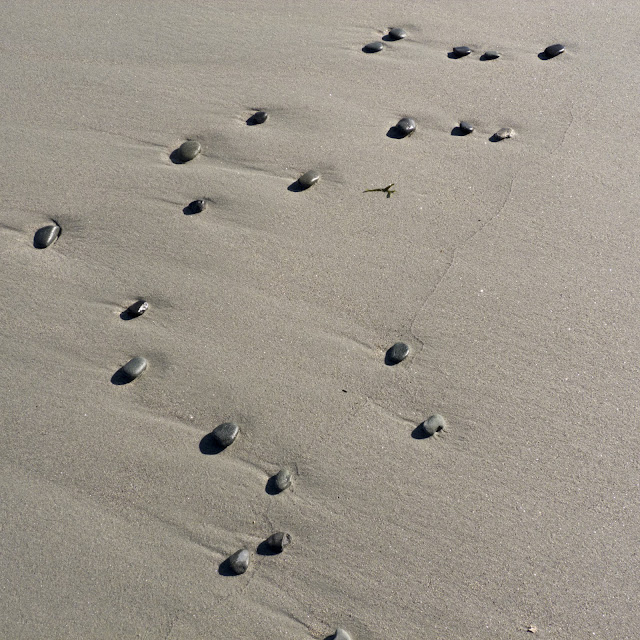 Oh, I thought, I'm mistaken (another little click in the brain), and I turned around again and headed back up the road the way I'd been going when I felt that I had gone too far.

After awhile, I recognized a distinctly bouffant-topped black spruce I'd photographed a year ago on another winter hike, then a boggy patch to the west, but the stone wall near the Bull's Head trail tipped me off: I'd certainly gone too far.  I knew it. 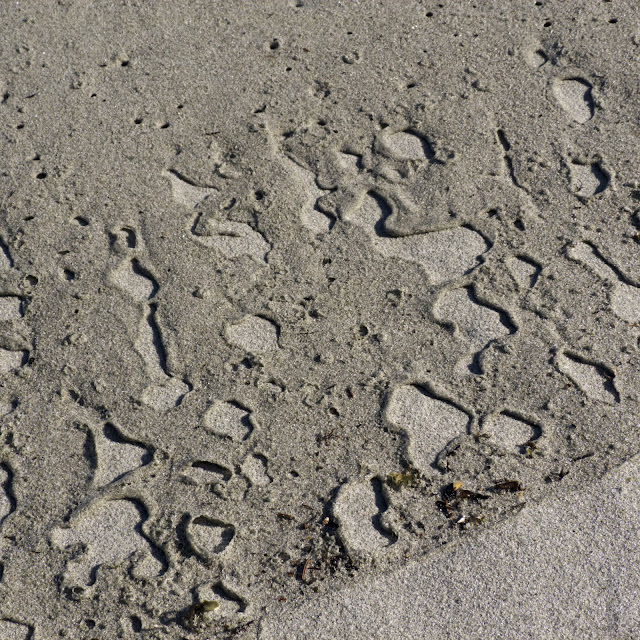 And so I turned around again, but I must admit I was confused.  I felt stupid, the way I used to feel in kindergarten when I was asked to point to something with my left hand or to turn to the right.  Which was left? Which was right? 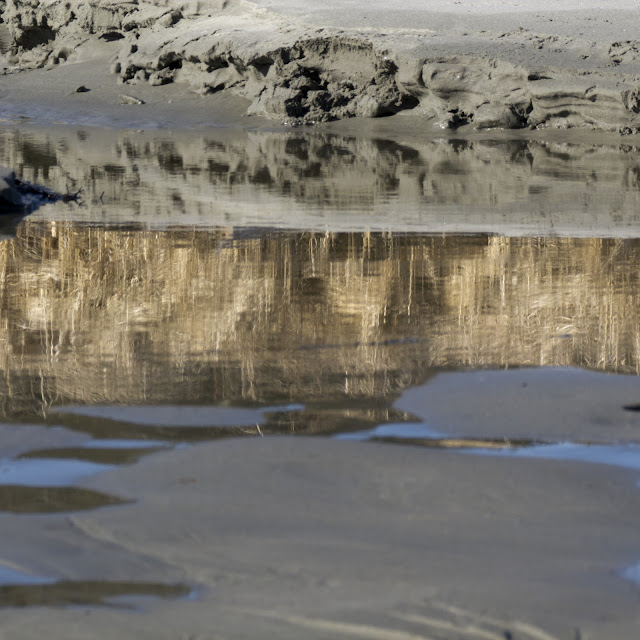 Invariably I turned the wrong way, and the teacher said, no, no. Left. Right. What's wrong with you?

What was wrong was that I was dyslexic.  My mother gave me a ring that I wore on my right hand for a time. Asked to turn to the right, I'd check my hands. Right: where the ring is. Turn. 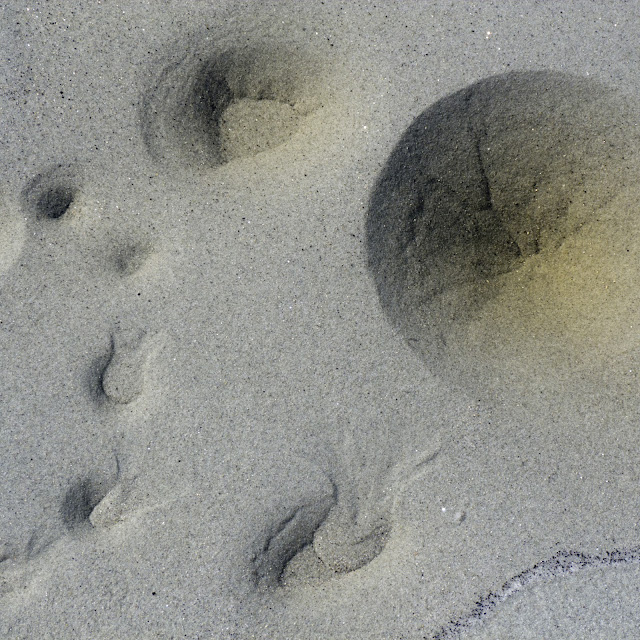 I continued the practice of wearing a permanent "lead ring" into adulthood, so as not to have to confess that I didn't know my left hand from my right.  If asked, left or right, I still have to look at my hands, make a gesture, sense this side of my body or that one to be sure of the direction.

Such care has perhaps made me a decent nautical navigator--I'm rarely complacent about knowing just where I am, and check my bearings often. 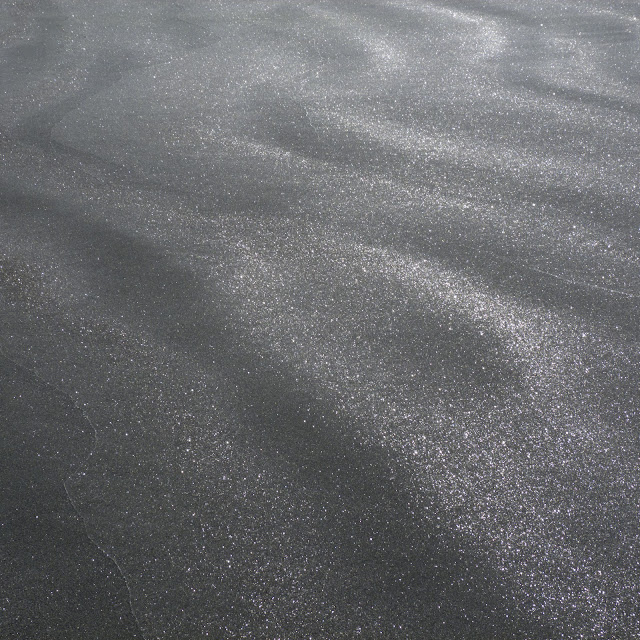 But there on the road I felt stumped. Then panicked.  Confused.  I'd lost my bearings in space on a familiar road. I've been here many times and yet, where was I?

Only two directions to go--how did I miss the parked car?  I'd passed it, clearly, but where? And when? And how? 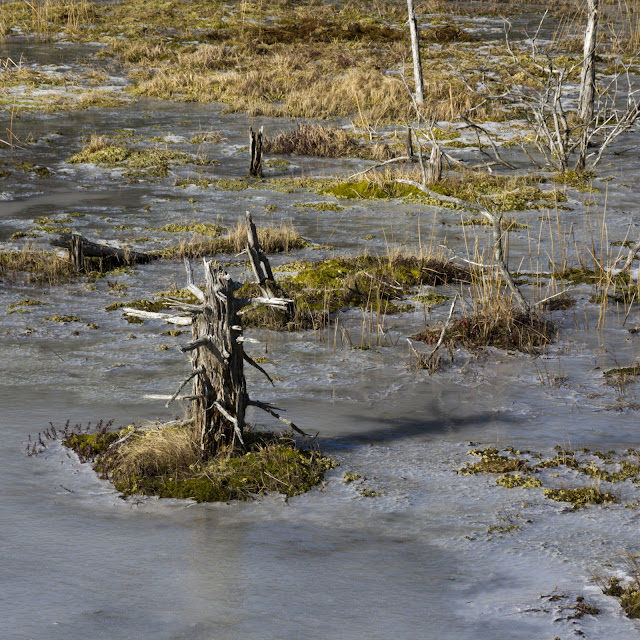 I began to feel not simply stupid, but terrified. I'll admit it; I began to cry.

I ran back down the road, back the way I'd come, back the toward the place I'd been before I knew I'd gotten lost, back towards the water, away from the highway, my heart pounding, fear squeezing my throat. 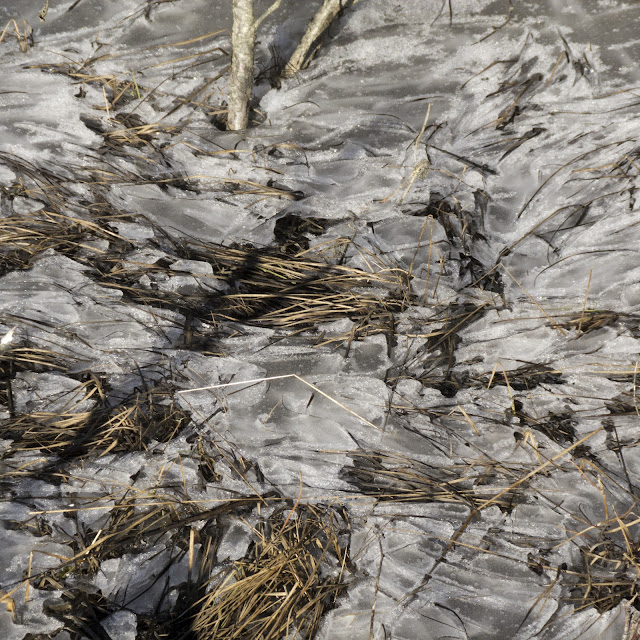 Nothing was familiar; everything was. Was I going the right way or not? What did it mean that I'd gotten lost?

I felt like I'd never find my way out of this blurry zone, this loosened, fallen state. My mind was gone; I'd lost it; here was definitive proof.  Early onset Alzheimer's. 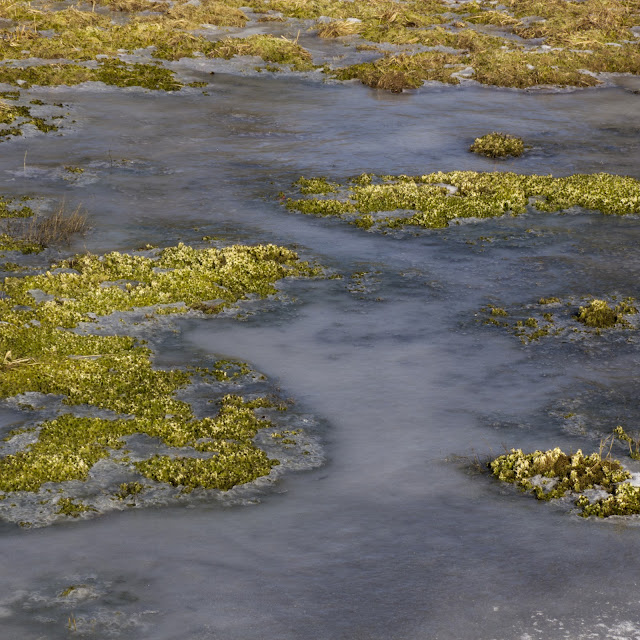 And then there I was, at the path to the car. Surprise! It was here all along? 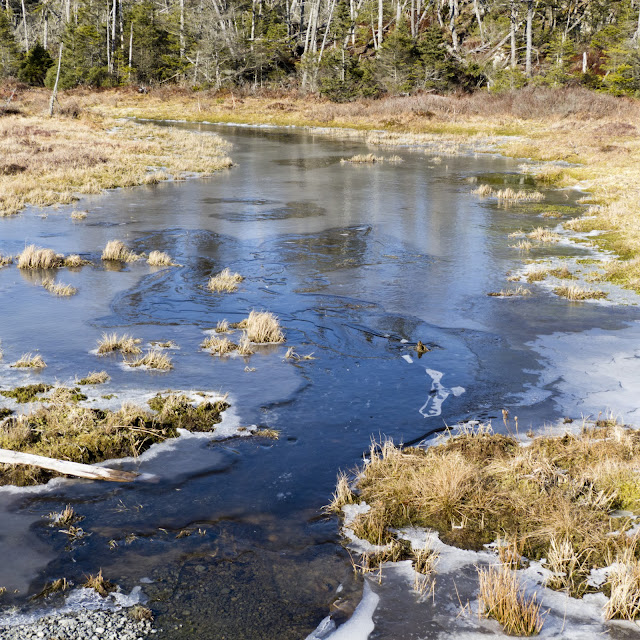 The map of the world settled down into place but not my heart.

Nor Marike's. When I hadn't come, she'd gone looking for me, back, of course, the way we'd come, to the water.  I'd already passed by while she was down at the car, and so I didn't see her head back out; I didn't hear her call me, and she didn't find me.  Classic slapstick: one goes in the front door just as the other goes out the back, and they miss one another, and run about in circles for hours, shouting. 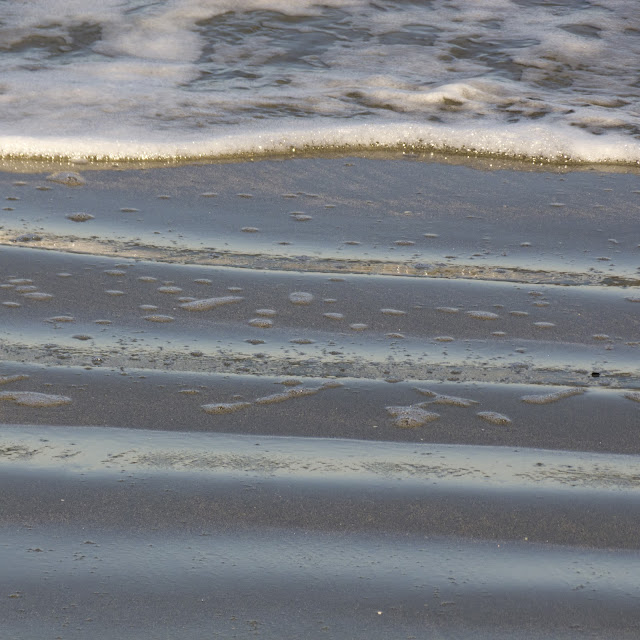 Except. When I didn't come and didn't come, and her path didn't cross mine, there along the water, she began to imagine that I'd tumbled into the water and been swept out to sea.  She'd come back to the car to try to call out a search crew, and there I was, finally, stupified and ashamed.

Maybe something is wrong with me, I suggested. I didn't really want to confess that I thought I was done for, head all amuck, grey matter leaching, another confused soul peering nearsightedly at the world. 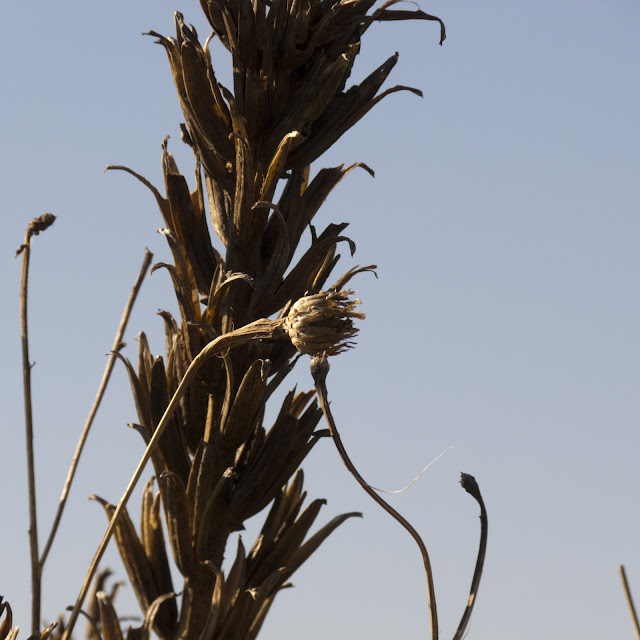 Don't be ridiculous, she snapped, just try to stop being so distracted!  It's that annoying camera; you can't see where you're going because you're too busy looking through it.

I'm hoping she's right. So far, the votes are on the side of distraction, not neurological contraction, though I still have moments when I wonder... 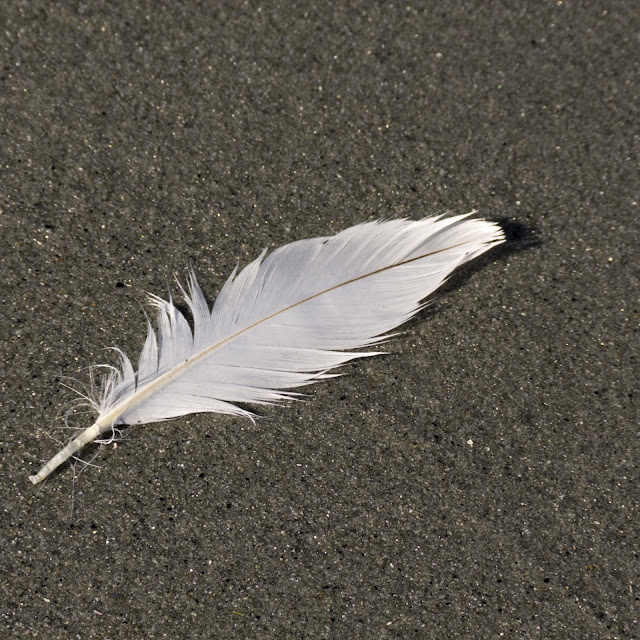 Wait. What was I thinking? Where was I? Am I where I think I am--and what if I'm not? 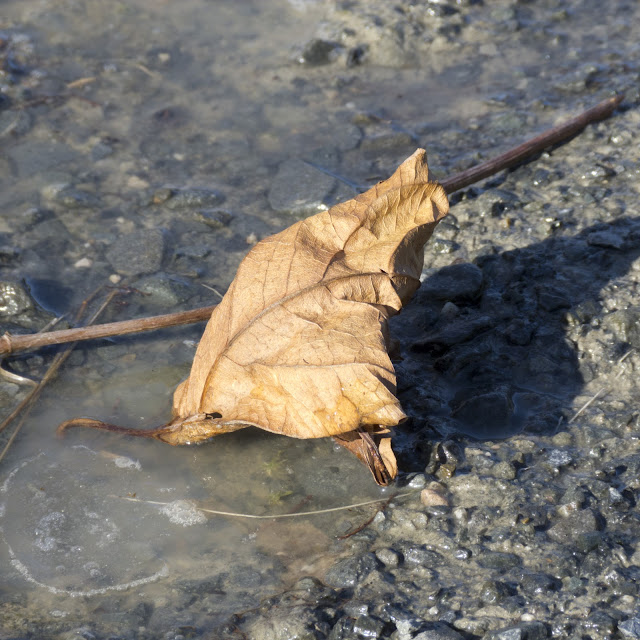 NOTES
All photos taken at Taylor's Head Park on February 10, 2012, the day in question, as I was walking distractedly.  The whole collection may be seen here: http://www.flickr.com/photos/karincope/sets/72157629762847289/
I never did find the clipped gull's wing again. It was probably the wing of a gull cut down by an eagle or a hawk, the wings bitten off as so much useless inedible weight.