Practical Economies (Must We Always be In Arrears?) 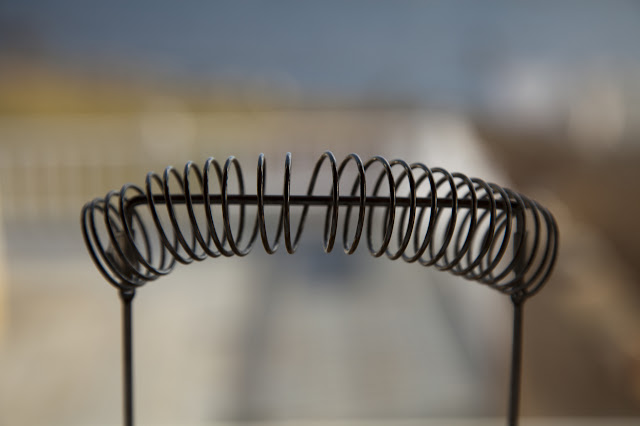 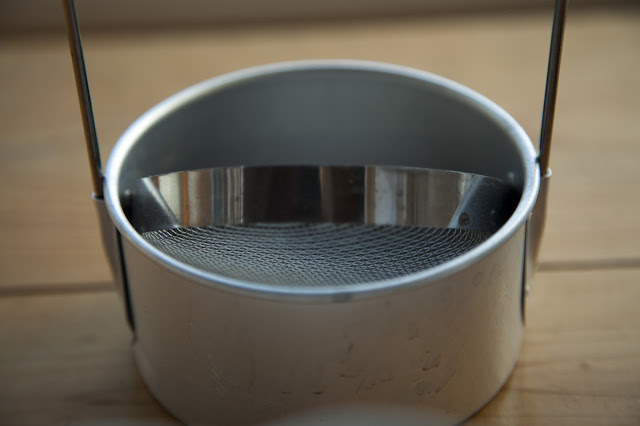 like the chinook
salmon jumping and falling back
nosing up to the impossible
Robert Lowell, "Waking Early Sunday Morning"

A sudden gust of wind rams into the wall of the house, rattles the beams, tests the flex of the wood.  Winter is coming and we are getting ready for it: six more cords of wood stacked in the garage now, our hands and wrists aching from so much picking up and shifting, lifting, placing.

The sea was purple last evening at sunset, my only camera my memory, my eye.  --For we were otherwise occupied, racing against dark, falling dew, cold, to get the last row loaded on the truck bed, then stacked, moving shadows in a yellow puddle of electric light.

I had wakened Saturday morning, cross despite the sun, overwhelmed by a dread of what seem like infinite numbers, those large collections of multiples we must manipulate--wood to stack, pictures to snap into powerpoint slides, pictures to review and edit, papers to grade, laundry to sort and do and hang, articles to revise, letters to write.

Wanting, instead, just to drift lazily in the morning sun, unaccosted by the rough discipline of counting or accounting in spheres where I am always found wanting.

Death seems close when we are only counting.  As if all we can manage is a life lived in arrears.  Unadulterated despair.

But Robert Lowell says it well in "Our Afterlife I," a poem in his last collection, Day By Day (he too struggles with the stacking up of impossible accounts):

We are things thrown in the air
alive in flight...

Yes, that's what I mean! I want to sail--
aloft 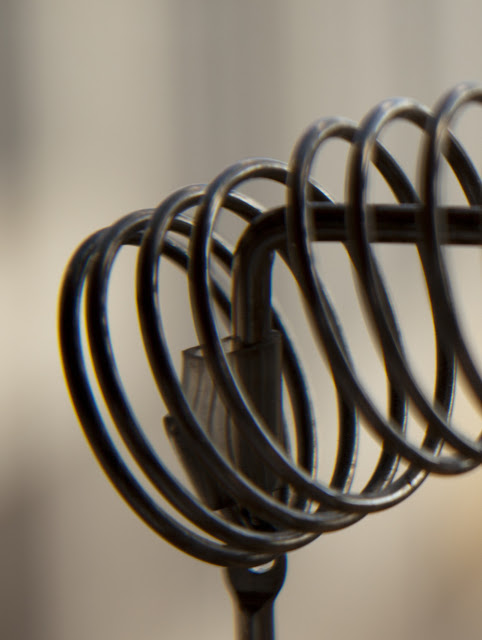 Notes
Robert Lowell, "Waking Early Sunday Morning" Near the Ocean (1967).   Other lines in italics in this piece "Stop, back off....Fierce, fireless mind...." are also lifted from this poem, which is really a lament about a loss of sacred spaces in a time of greed and war, a time that remains our time.

Lowell's "Our Afterlife I" in his last collection, Day By Day (1977), is dedicated to the poet's old friend Peter Taylor, who goes on, Lowell jokes, planning to live, despite the recent deaths of friends Ezra Pound, Edmund Wilson, and their nearer contemporary, W.H. Auden. More than anything, however, here Lowell writes for himself, for at 60, he is feeling increasingly weary and physically unwell.  In 1975 and 1976, he will be hospitalized three times to try to control his mania, and then again in January 1977 for congestive heart failure.  He will die in a taxi of a heart-attack on September 12, 1977, enroute from Kennedy airport in New York.  He had just left his third wife, Caroline Blackwood, in the UK, and when he died, he was on his way to rejoin his former wife, Elizabeth Hardwick, in New York.
Posted by Karin Cope at 9:55 AM No comments: 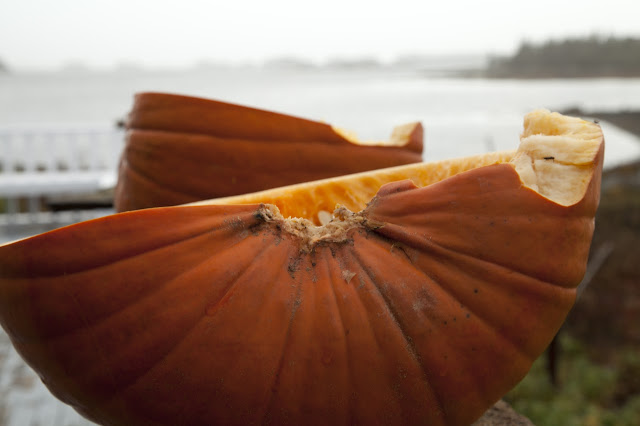 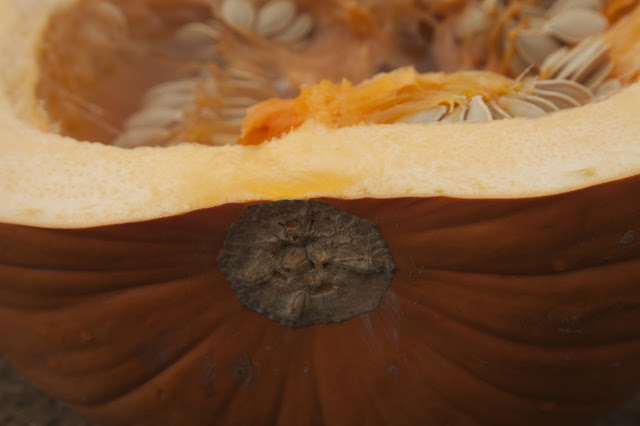 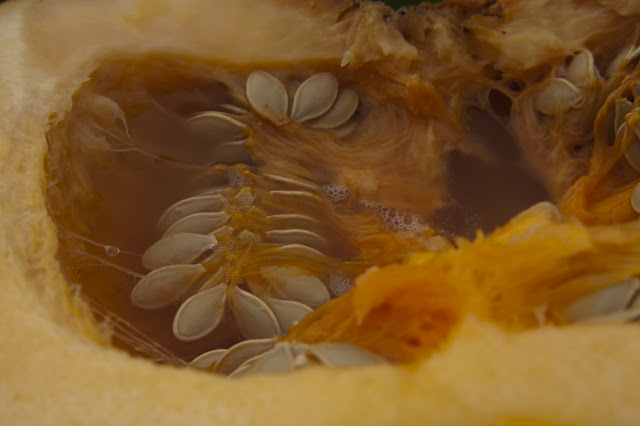 What difference does it make when rot has set in?

Not even the birds are tempted.
Posted by Karin Cope at 8:27 AM No comments:

Turn on the light.  Turn over.

Tonight we 'fall back' into Standard Time.  It's the one night of the year when a body might painlessly gain an extra hour of sleep, and I'm insomniac, mind full of manic burble.


Rain spatters the window, the wind moans softly but the air is still pillowy, warm.  I pad about the house in my bare feet.  Outside: pitch black, the horizon folds upon itself.  No islands, no sea, no sky, just darkness visible.

As usual on such nights, I create titles, lists, map out future projects.  Usually, initially, a single word or phrase pries me from bed: tonight, perhaps tellingly, that word is "cracked."

I get up so as not to have to remember, so as to be able to forget.  Writing the words down at once pulls a long thread of associations and absolves me of clinging, repetitiously, to these shreds of the night.  I'll be able, soon, to return to sleep, to return to that endless and flooded/ dreamland....

I huddle under the lamp, make lists, and cannot find words for what truly cleaves my heart:
to each death we bring every other one.

That must wait for morning.


Notes
The first two instances of italics in this entry are, in fact, lines lifted from Elizabeth Bishop's poem, "Sunday, 4 am." The last line in italics is mine.
Posted by Karin Cope at 11:43 AM 1 comment:

Days of Death II: Awake So as to Find Words 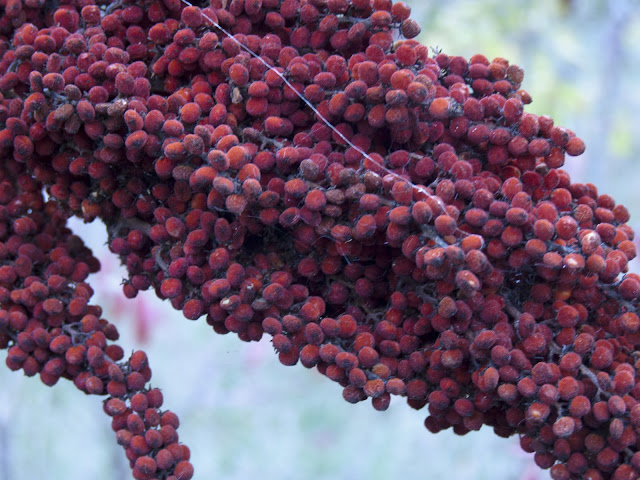 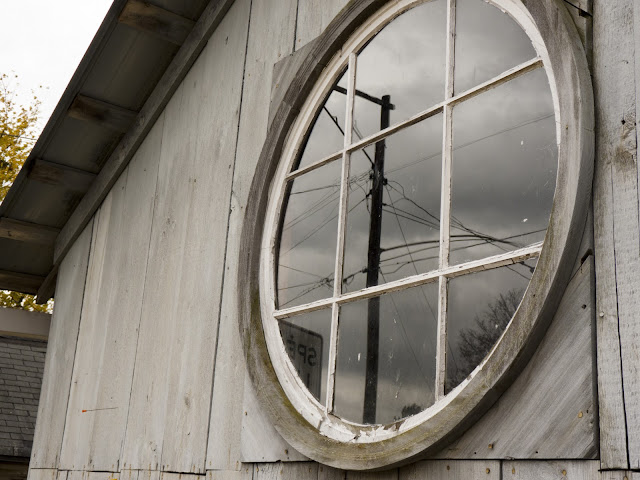 The crescent moon has risen, and throws an hour-glass shaped path of light across the bay.  It's bright enough that a few of the islands are illuminated.

Why am I wakeful?  I feel, somehow, a failure of words.  It's not just a failure in the face of death--though our neighbours' son's suicide, and the impossibility of saying anything meaningful to anyone or about anything in the face of such a yawning gap plays its part in this night.

Suicide is a break in the compact we make with each other to try to survive; it is this compact that keeps us alive.  We all see how the parents have plunged, themselves, into this brokenness.  We say, I don't know how they'll survive it.  And as we speak perhaps we mean that phrase metaphorically or psychically.  But it is also terribly literal, awful in its concreteness--the father speaks nonstop like someone drowning in waves of emotion beyond words--and he is.  The words keep him drawing breath; without them he simply gasps for air.

I can't stop hearing his cry as he ran upstairs and paced the empty rooms: oh Sonny, Sonny, Sonny, why did you do it?  Anguish so large it spills over, laps around our necks.  I hold my head above it, but just barely.

Every heart knows something about such a cry.  --But not this, not this: the sudden shot to the head.  Who could know that? It's beyond knowing.

Just before he ran off and began sobbing, the father stepped over to me and asked, Is my eye bloodshot?  I feel like my eye is bloodshot.

No, I said.  His eyes were red-rimmed, but not bloodshot.

Well I think it's bloodshot, he said. It just seems bloodshot.

Oh my dear, I said, it's your heart that's bloodshot.  The words just tumbled out of me.  A truth.  Blood shot indeed.  And he ran off, gasping.

I feel badly about that, although I also know he probably barely heard what I said.  The wailing wasn't about what I'd said.  It was that his son was blood.  Shot.  Who knows? Maybe in the eye.  We've assumed it was the head.  Because for us, in part, it is.  Your mind just stops working when you think of such tragedy, such catastrophic collapse.

Words are dangerous.  They always say more (and less) than you think you mean.

Perhaps that's why I've been finding them such hard going of late.  I seem to be able to find a few right ones. A few wrong ones. And then pockets of silence, that's all.  Pictures hum more loudly, echo in my inner (bloodshot) eye. 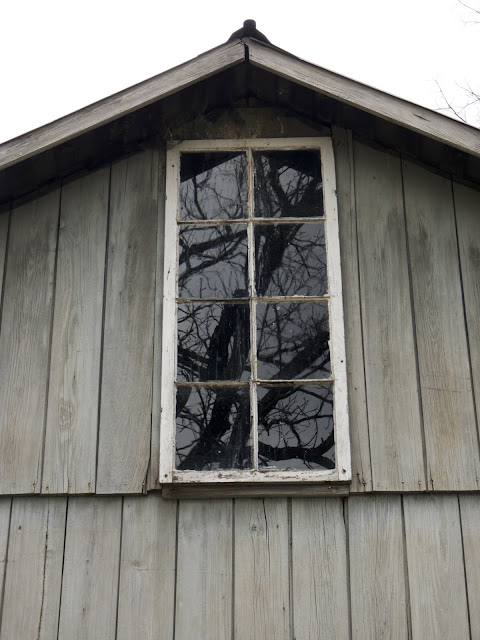 I think of one of Paul Celan's last poems, "All those sleep shapes" ("Alle die Schlafgestalten") written not so long before he too committed suicide, unable any longer to count up the fragments:

All these sleep shapes, crystalline
that you assumed
in the language shadow,

to those
I lead my blood,

those image lines, them
I'm to harbour
in the slit-arteries
of my cognition--,

my grief, I can see,
is deserting you.

I know we cannot guard others' grief for them, or from them, no matter how wakeful we remain.  My wakefulness this morning will not have meant, I am on watch so another can sleep.  My watch relieves no one; it simply keeps me here, in the compact with other sorrowing souls. All it really can mean is that I, too, rise, dull before grey dawn--to continue, with the rest, as best we can. 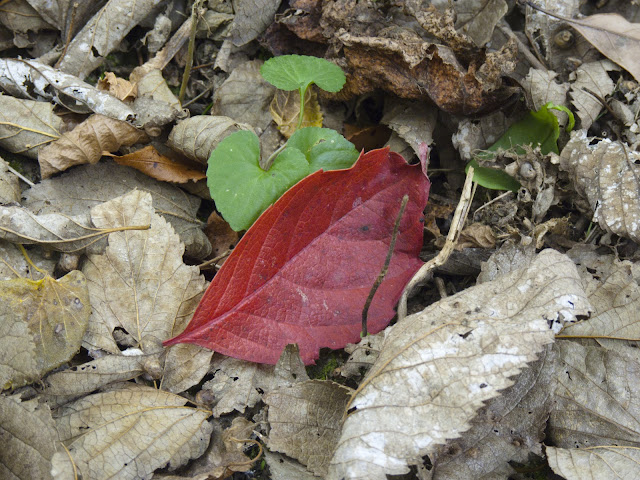 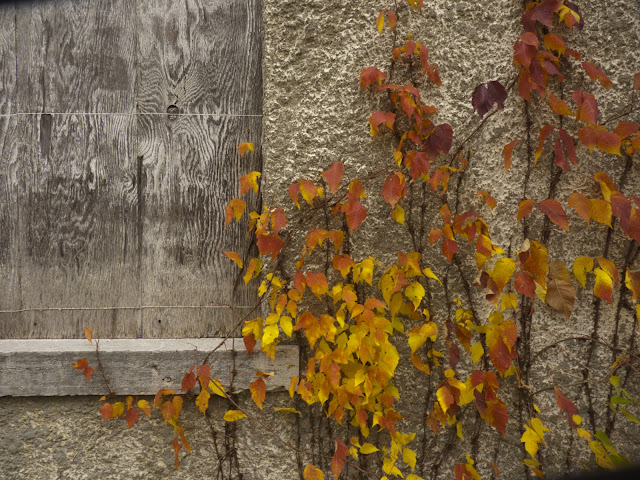 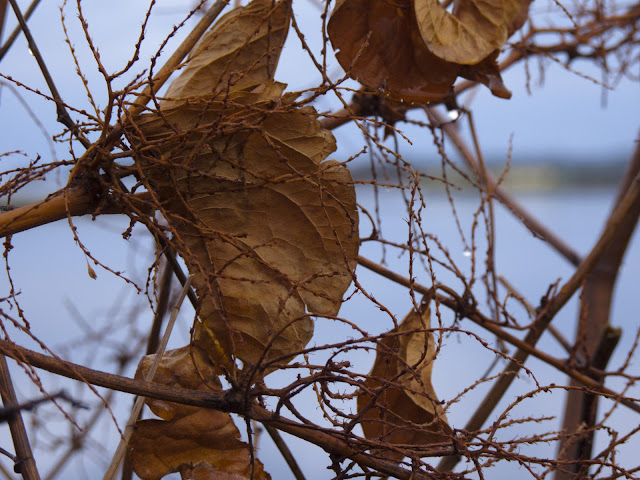 We heard the news yesterday. Our neighbours' son had committed suicide.  He'd been missing for a couple of days, and the family was frantic.

A hunter found the body in a nearby quarry.  Now the family is devastated.  Nothing will ever be the same again: no sunrise, no sunset, no turn of the season, no lightness--or light--on the horizon.

We have words for nearly every loss but this one, Marike points out. Widow, widower, orphan.  But what do we call it when a parent loses a child?  It's unspeakable.  The kind of loss you do not recover from.

We gather in small groups at their house. Everyone brings food, but no one is hungry.  What I put in my mouth turns to stone in my stomach the mother says.

None of us know what to do, neither we nor they.  We stand around, talk, don't talk, some cry, some laugh.  Coffee percolates through the pot, over and over.

The food, Marike points out later, is an admission of impotence, of incompetence. See here, we're with you--we don't know what else to do either!

Finally I take my camera and walk along the road.  I frame dead leaves in the memory of this one, a reflection as I think of another.  The cold damp, the rotting leaves, the falling dark are apt, words without words on this sorrowful day.

We are all here to tend towards death, says another neighbour. This is true, but it is no consolation. 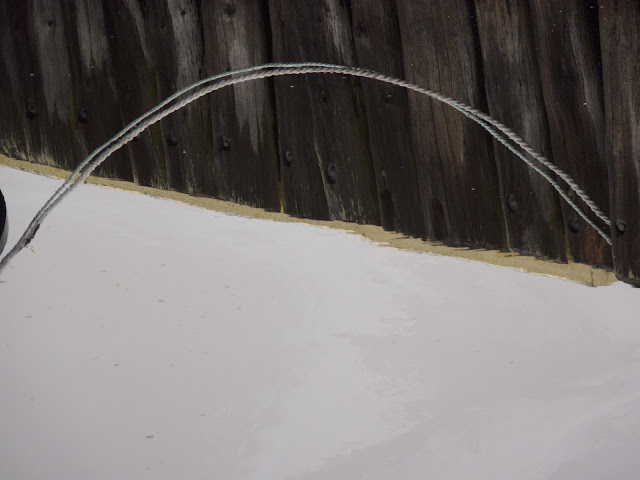 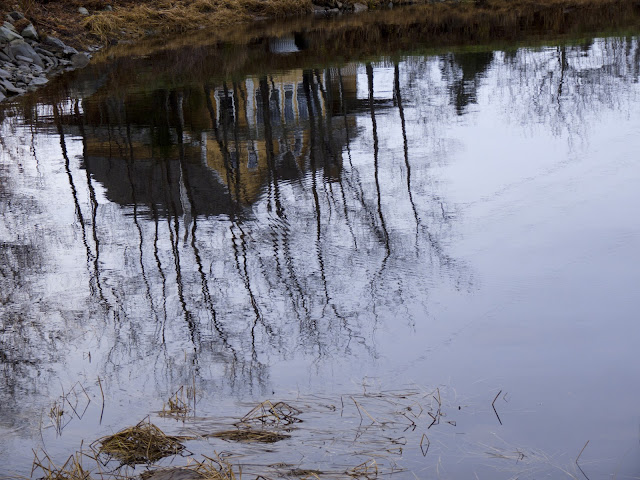 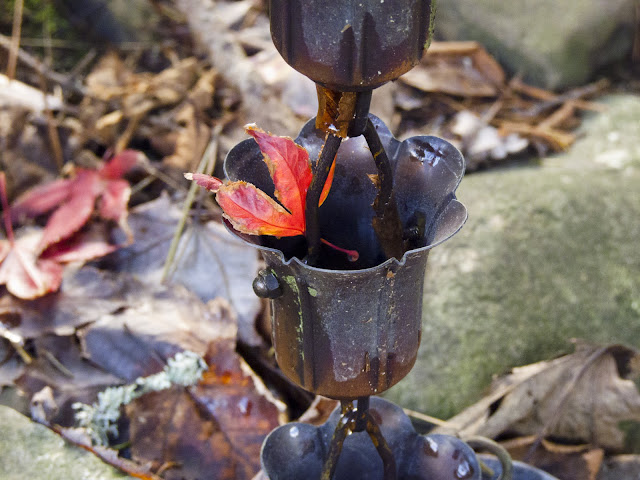 Remembering, among many, these near anniversaries: