How beautiful the snow blasted world 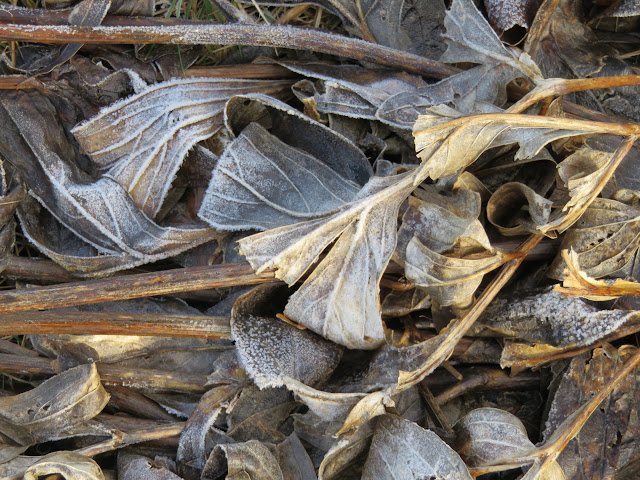 How beautiful the snow blasted world.

After dinner the snow stops falling and the dog and I go out to walk the territory. The moon glows faintly behind a scrim of clouds; clumps of snow cling to every branch and bush and the tops of the flattened grasses.  The apple trees thrust their branches at the sky like so many gnarled and knobby fists; there's a gaping hole where the barn door has blown off--better call for help to fix that one.

We circle the gardens, step through the weeds to the pond's edge, where a fallen tree covered in snow casts strange shadows on the ice.  No footprints but ours anywhere to be seen.

We walk along the dyke at the sea edge, each rose hip a huge ball of snow on a spindly branch. There's just enough wind that we can hear the water ripping and rushing into the shore and out again.

The wind is biting. It nips my cheek, hurries the dog to the door, slips through the stitching in my gloves to freeze my fingers. But I'm not ready to go in yet.

Clouds scud across the sky.  I look out over the grey water towards the islands, invisible in the darkness, then turn to scrape off the cars and clear the drive in front of the garage, savouring the sharpness of the air, stamping my feet to keep them warm.  Why must every pair of boots leak? Time to goop them up again. 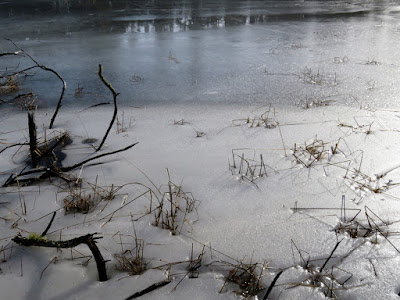 I am remembering one night when I was about nine. The snow had been falling all evening. The streets were quiet and huge drifts covered the yard.  My siblings and I were sure that when our mother came into the room, she was going to tell us to get ready for bed. It's time, she said, pausing as we started to moan, then all in a rush--to get your coats on and go play in the snow! Shrieking with delight, we tumbled out into the darkness and the drifts, the world magical and thick with surprise and permission.

It wasn't until I moved to Montreal and learned to cross-country ski twenty years after that--and more than twenty years ago--setting out across the fields of the Chateauguay Valley beneath a full moon, that falling snow occasioned such delight and anticipation again. But now it does.

I watch the snow mount up higher and higher and hope the thermometer drops, rather than rises, so that I can ski across the bog, over top of the little lakes and streams, the sheepskill and the insect-eating pitcher plants onto the bushy ledges where the coyotes circle and sing.  There, I'll clamber up to a point where I can stand and look out at the sea rolling unimpeded over the horizon; from there, it rolls all the way to Spain.

I can only ever get to that place on skis, when the bog is frozen and overlaid with deep snow.  How glorious it will be if that's what tomorrow brings. 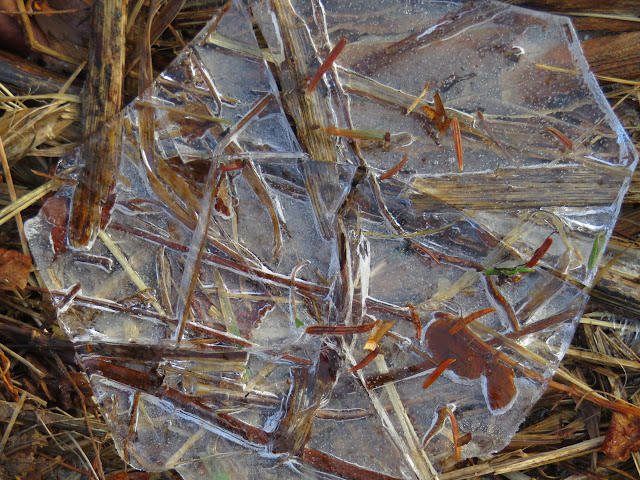