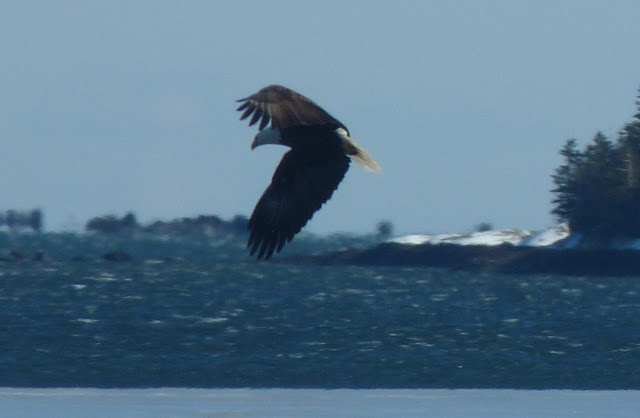 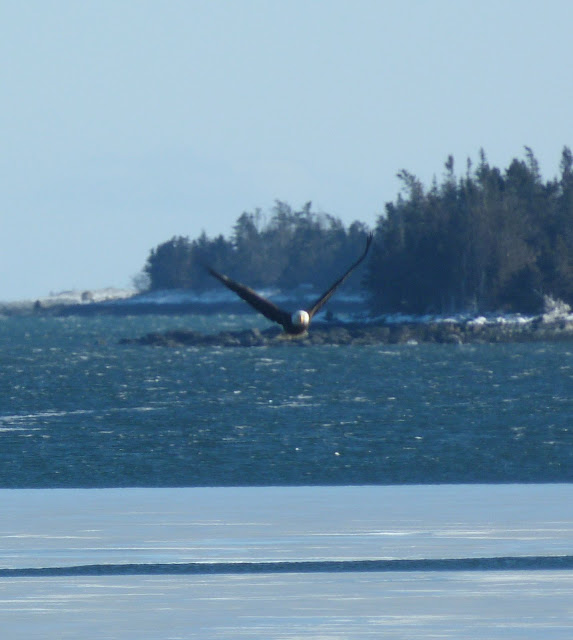 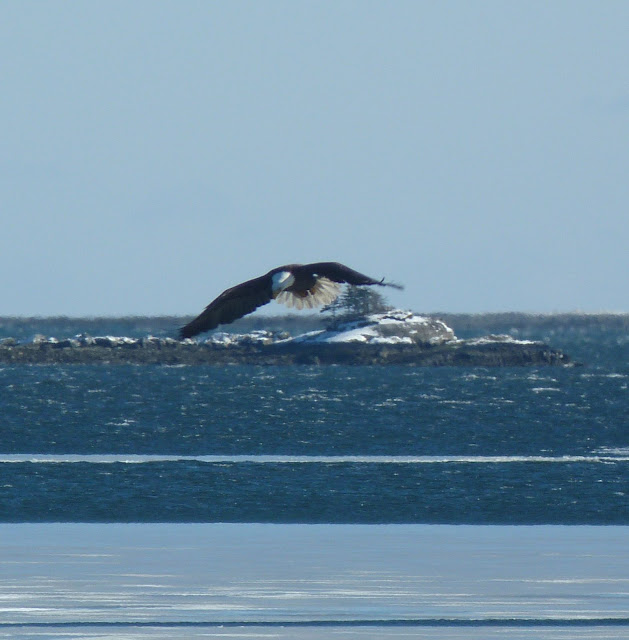 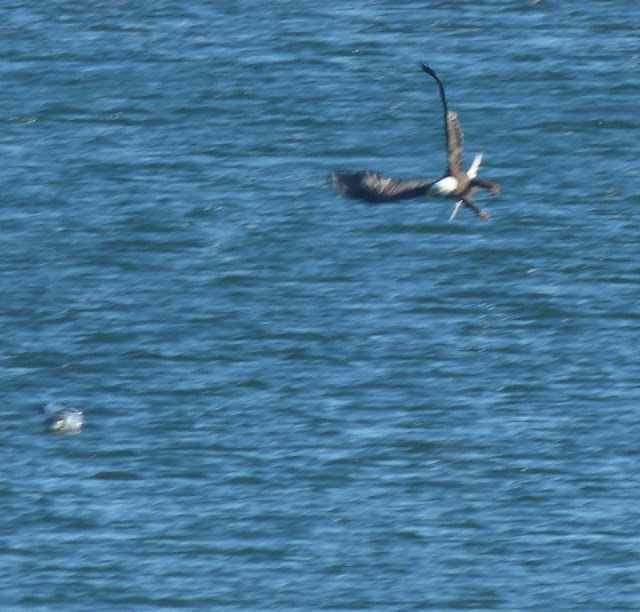 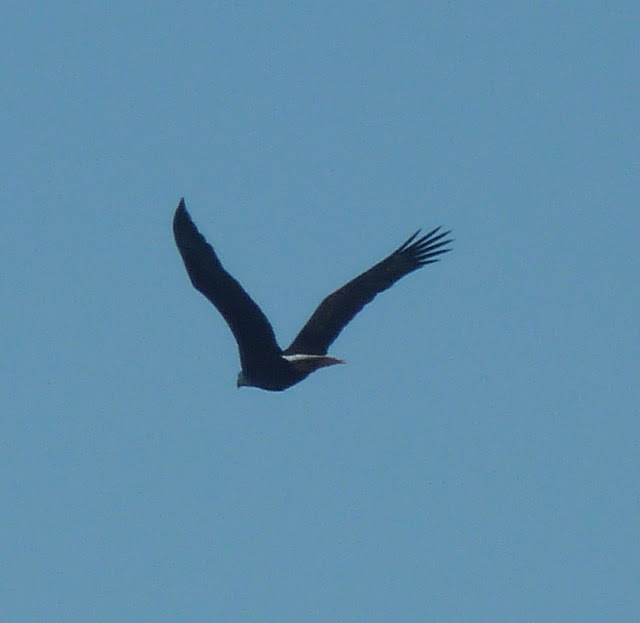 We're eating lunch when suddenly, in front of the house we notice a commotion. An eagle is hovering at the edge of the sea ice, diving, skimming the water, banking sharply, hovering again, its enormous wings beating the air.  It scoops the water with its beak, climbs sharply, drops suddenly, intent on its prey and oblivious to us, closer to the house than any eagle we've ever seen.

It looks as if this battle can end in just one way--the little bird thrashes a bit more each time it comes up for air. Then two crows converge on the eagle--like us, they've been drawn by his strange movements, his repeated rise and fall over the water. The eagle turns for a second or two, distracted by the crows as they fly past him, and the little bird whips itself into the air and flees, flanked by the crows.  They fly over our yard and the eagle will not follow, but banks and rises, circling to the east and out to the islands.

Hunting is hard in the season of ice.  Peace tastes like hunger.

Sobering to think this is also true for us, two-legged raptors plundering the earth. It's an uncomfortable thought as I watch events unfold in Egypt: demonstrators on one side, and an illegitimate regime backed by nearly two billion dollars a year of American military aid on the other.  Is that what the powerful believe too: peace tastes like hunger?  I watch for a miracle, for the arrival of canny crows.  They create their own problems, but we'll worry about that later.
Posted by Karin Cope at 9:41 AM No comments: