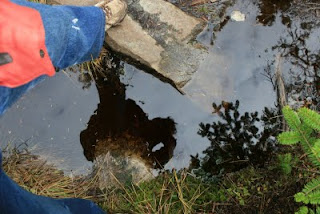 Straddling a puddle at Taylor's Head Park, Nova Scotia
I've been taking lots of photographs lately. Since July, hundreds and thousands of them--twelve gigabytes of digital record (or some 3000 + images) during the three weeks we were in the Arctic for example, and probably at least half as many again since then. 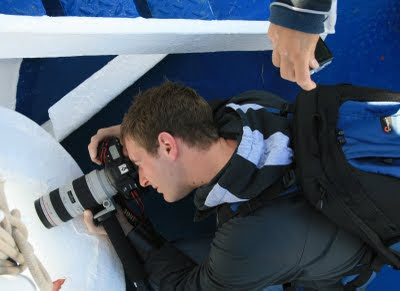 I was not the only traveler on that trip so electronically voracious. The voyage was billed as a photographic opportunity; view and record animals, people and places rarely seen. A northern safari, packed to the roof tiles, as safaris are, with colonial baggage and a loose, if mostly misplaced sense of danger and daring.

Some of our fellow passengers were professional photographers; others were simply affluent and passionate amateurs with, in some cases, tens of thousands of dollars worth of professional equipment--lenses of a variety and quality I'd never before seen. In this environment, it was virtually impossible to be anywhere--even long after midnight, for of course the sun did not set in August above 75 degrees north latitude--without someone clicking away. 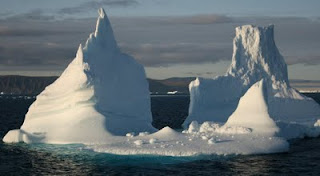 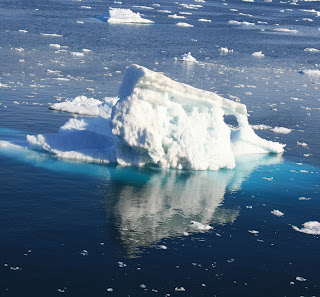 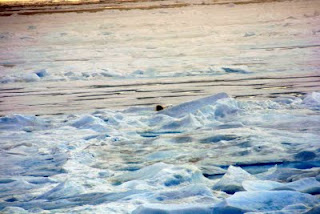 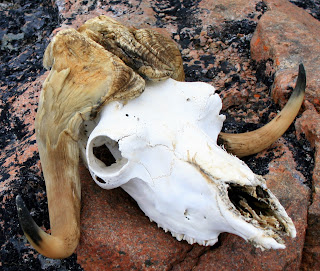 I have photos of all of these things. Some are lovely. All are thrilling to recall. But I did start to think that things were getting out of hand when dozens of passengers repeatedly fled dinner or conversations or other activities to rush on deck and snap photos of one thing or another. Even as I too, joined them. 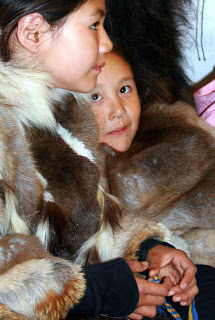 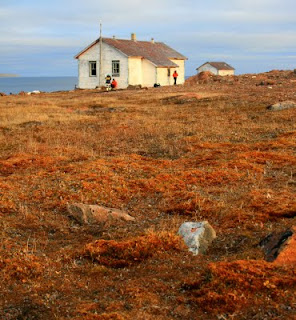 Some entrepreneurial types began to stage events for the cameras: catch this leap over the outcrop at 74 degrees north! Strange creature appears in the bush, will arabesque for shutterbugs! You'd see the mad rush of bodies and tripods stop and start over the treeless autumnal landscape, stutter along the ridges, mass and scatter like a tiny lost herd of caribou wearing muli-coloured gum boots.

During our waking hours (which were many--who sleeps when the sun doesn't set?) we strapped our cameras to our bodies as if they were heart monitors, jumping up every time something, anything, oh my heart, skipped a beat. It started to seem like a sickness, a mortifying illness: no rest for any body, here. You could not point without a host of cameras turning, shooting, often before their operators were fully engaged. Marike began to complain of being abandoned to walk or eat by herself, a widow to the camera. 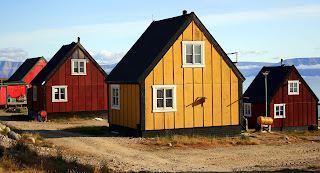 I began to long to stay in a place long enough to sit quietly in a corner and draw. Muse. Inhabit the landscape. But there was no time for that--we traversed more than 3500 miles in 22 days--and so out came the cameras to keep the traces of a record. Impossible to remember so much clearly otherwise. The images became a memory deposit, a place to leave the previous days as we rushed onward, to the north as far as we could go and then west through the northwest passage. 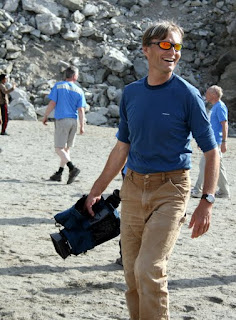 At some point during the voyage--when we were smashing slowly up against pack ice in fog in Smith Sound, between Greenland and Ellesmere Island--I happened upon what seemed an appropriate text in the ship's library: a chapter in Alain de Botton's The Art of Travel (Vintage, 2002) entitled "On Possessing Beauty." Since there was nothing "out there" to see but fog, and, like anyone who has lived in Nova Scotia for some years, I've seen more than my share of that, I fell upon the book with a voraciousness previously reserved for the view.

De Botton reviews Victorian art and social critic John Ruskin's reflections on "the traveler's dilemma": "how is one to possess beauty?"--which is to say, how is one to relate to the things one sees or encounters? How indeed? 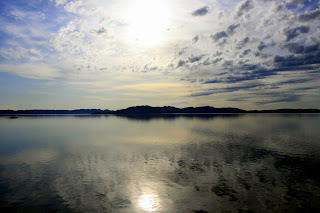 On the Coppermine River

Apparently, as a young man on his first "continental tour" to Italy, Ruskin developed an enormous enthusiasm for the camera, then a brand new bit of technology. He wrote to his father about how "faithfully" the camera might capture images of the architecture of Italy; such "true" copy would surely alter the arts forever.

Very soon, however, Ruskin turned against the camera eye, characterizing it as a "lower" order expression: to take possession of something by photographing it was akin to scratching one's initials into a tree truck or a table top. The only way, truly, to possess beauty--or even to see it really--Ruskin began to argue, was to try to understand it, to try to meld, consciously, vision, affect and intellect. Such a relationship could only be achieved by writing or drawing: slowly, painstakingly learning to see, to apprehend relationships between spaces, persons and things, within and despite appearances. 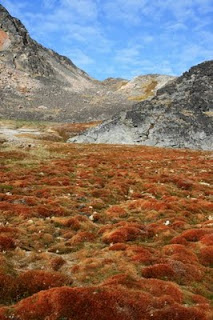 Drawing or writing were metabolic acts--one pulled the delicious external into oneself and digested it slowly. As Ruskin put it, drawing was something he did on the basis of "a sort of instinct like that of eating or drinking." And like eating or drinking properly, it took time--and the time it took was, at once, essential and a pleasure.

In fact, Ruskin would be still more pointed about the uselessness of accessing landscape at great speed: "No changing of place at 100 miles an hour will make us one whit stronger, happier or wiser. There was always more inthe world than men could see, walked they ever so slowly; they will see it no better for going fast. The really precious things are thought and sight, not pace. It does a bullet no good to go fast; and a man, if he be truly a man, no harm to go slow; for his glory is not at all in going, but in being" (Ruskin, cit. de Botton, 218). 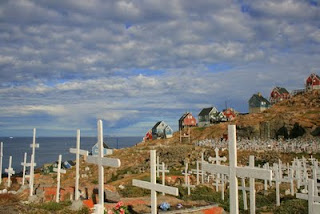 Cemetary, Upernavik, Greenland
The problem with photography then is that it can infinitely multiply its views without ever, necessarily, entering a digestive stream. To click is not to see; to click is not to know; to click is simply to capture something just there, then. The danger of photography, according to de Botton, is that "rather than employing [photography] as a supplement to active, conscious seeing, [we tend to use] the medium as a substitute, paying less attention to the world [than before]...The camera blurs the distinction between looking and noticing, between seeing and possessiong.... It suggests that we have done all of the work [of looking, thinking, apprehending, understanding] simply by taking a photograph" (de Botton, 219-220). It is, at bottom, a species of conquest, a narcissistic claim: here was I, I was here, suffer my record. 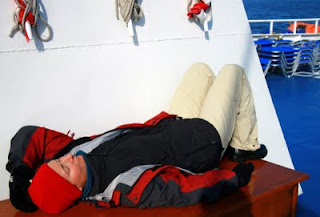 There is something to this argument, however wrong-headed it might also be, for it doesn't take account of the digestive review: the editing, cropping, representing, selecting, presenting aspects of photography, the way these images play and replay, instigating--as here, as elsewhere-writing and other undertakings.

Gumboots on the beach

But it is also true that to see with the camera eye can become an obsession. What it sees is not what you see--I've begun to look at things as it might see, to pick out and get better at planning for its eye--or rather, particular lenses' eyes.

My own continue elsewhere, too. Thankfully. 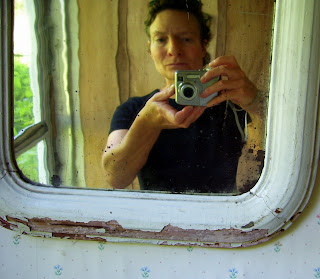