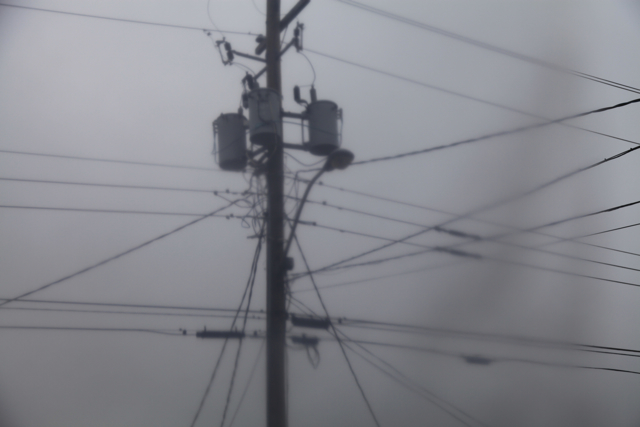 Risen from the blindness of sleeping to dull light of morning.
Shadows flare and blur. When I find my glasses: sudden sharp edges.
Fat snowflakes gathering in clusters bomb by the windows--
Oh why get up; just let me close my eyes.
But the dog wants breakfast and the fire must be lit, so I stand up.
Waves swarm the harbour and rush into land--
this battle will be lost. Gritty foam scatters on the beach,
clings to stone, tumbles end over end.
Lately I'm hearing voices as if
the radio's half un-plugged.
There's this song that someone is singing
in a language I can't understand.
In the newspaper, rows of North Korean children holding red scarves.
No one mentions hunger, just missiles, thermonuclear threat, diplomatic talks.
Crows cackle in the snow, but the sparrows do not sing. 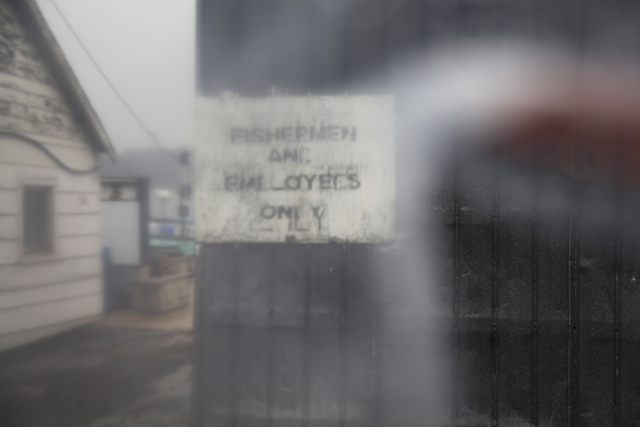 Notes
Nearly every day for a period of years, Robert Lowell wrote at least one blank verse sonnet--fourteen lines of dense thought and rhythm, without any rhyme. I break more rules here--hardly following the sonnet form at all (I am a much less able poet than he)-- but do begin with a variation on one of his opening lines, from "Blizzard in Cambridge" (first published in Notebook 1967-8). My title, of course, echoes Wallace Stevens' "Sunday Morning," a long poem built of eight 15-line stanzas. The second part of the title, "moods in falling snow," is a line from that poem.  And for any line that begins, "Lately I....," I am indebted, of course, to Amira Baraka, whose "Preface to a Twenty-Volume Suicide Note" resonates forever.

Pictures were shot through a plastic bag in damp weather, in Marie Joseph and the Liscombe River, on the Eastern Shore of Nova Scotia. 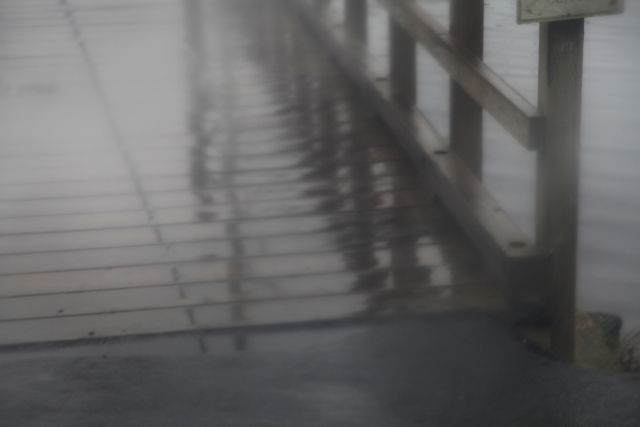