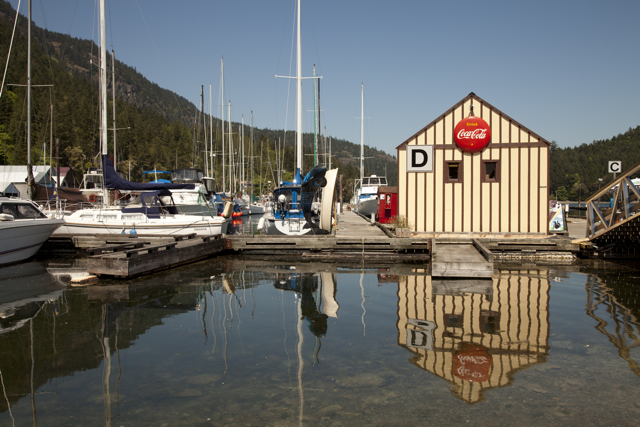 The tide
bursts in like
a river. With it, clouds.
Gulls rise, crying. Wings flash on the
mountain. 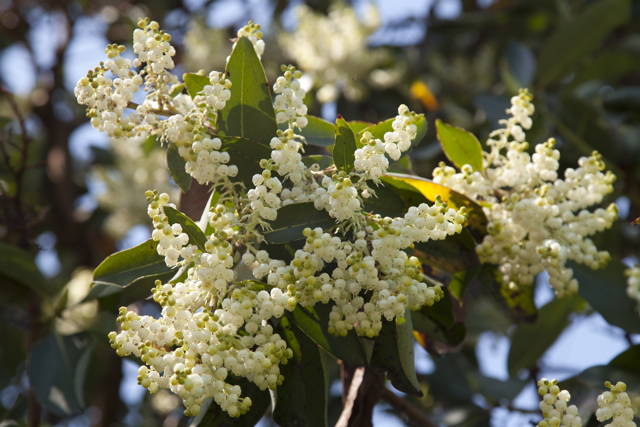 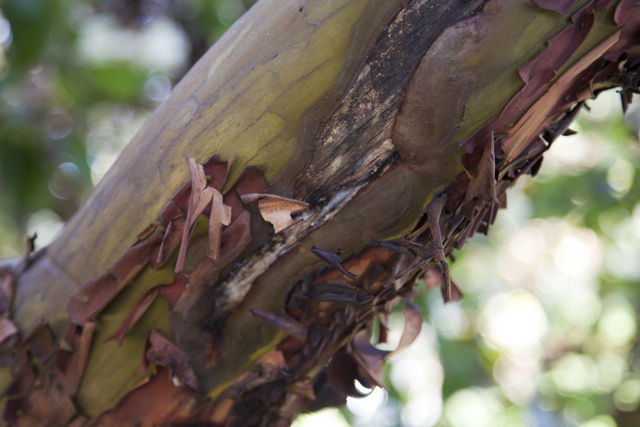 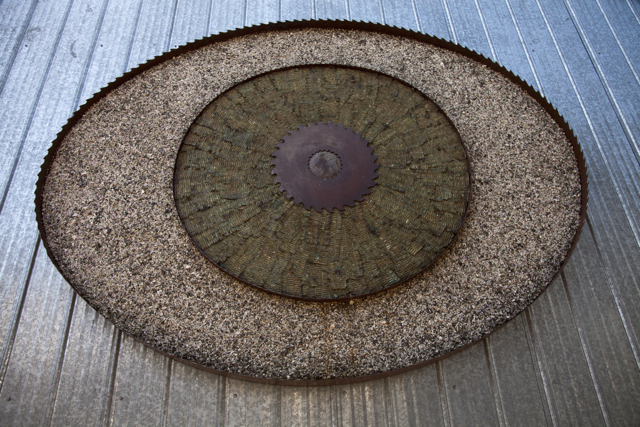 Notes
Cinquains, again.  Pictures were taken in Genoa Bay, where we have been anchored this week, a wonderful harbour full of colourful characters, live-aboards and float homes.  Genoa Bay is at the end of a dead end road, and surrounded by steep mountainous land.  The photos are of the marina from the shore, of an arbutus tree in bloom, an arbutus trunk, and two large sculptures made by Genoa Bay artist, Tom Faue. As far as I know, Tom doesn't curse as he makes his mandalas, although he might. The line was poetic license, not depiction. 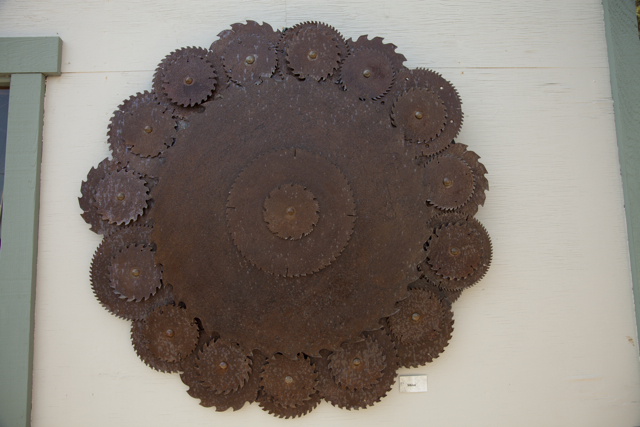