A Brief History of La Paz 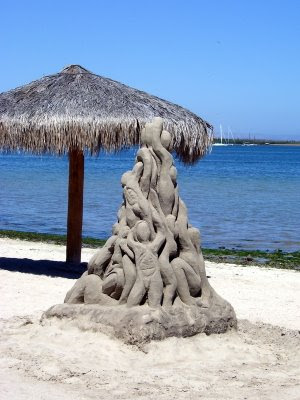 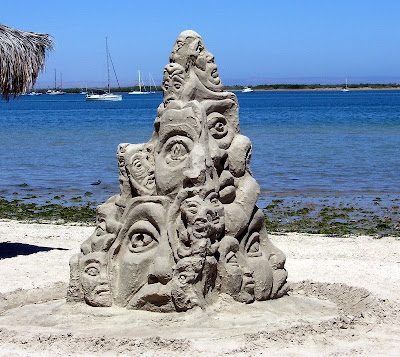 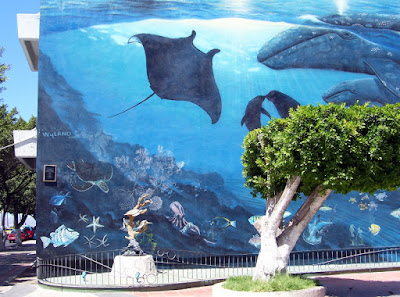 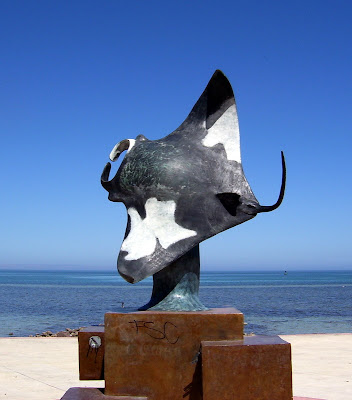 La Paz grew in fascination as we approached… It is a lovely place. There is a broad promenade along the water with benches, named for dead residents of the city, where one may rest oneself….[A] cloud of delight hangs over the…city…..Guaymas is busier, they say, and Mazatlán gayer, but La Paz is antigua…
John Steinbeck, The Log from the Sea of Cortez (1941)

When John Steinbeck landed in La Paz in 1941, the city was a remote haven for mainland Mexicans seeking a more peaceful, simpler life. There was as yet, no peninsular road; La Paz could be reached by boat, burro, foot or small aircraft. The city was famous for its pearl oysters and its delicious sea breezes— coromuels, the stiff afternoon and evening winds that funnel cooling air from the Pacific over the Baja lowlands to the southwest of La Paz and into the Sea of Cortez. Named indirectly after the English privateers like Sir Francis Drake, Thomas Cavendish and Woodes Rogers, who hid in the deep bays around La Paz and used local knowledge of the winds to attack Spanish galleons sailing the rich trade route between Acapulco and Manila, the word coromuel is a corruption of the name “Cromwell,” the Puritan father and son whose reign as Lord Protectors in England did so much to fuel a piratical-entrepreneurial spirit in the northern New World.
In 1941, the pearl trade that Steinbeck would memorialize in his novella, The Pearl, was already nearly completely destroyed by disease, and the sport-fishing craze that fuels so much of the economy of the southern Baja was just beginning, but the winds and the generosity of the city and its inhabitants have remained striking, wonderful and sometimes challenging. The peacefulness of La Paz, it seems, is not easy, but an attribute that must be wrung by each generation from the ravages of war, disease, conquest, pirates, and hurricanes.
A certain kind of history of the place begins in 1596, when, as a part of his effort to chart the Pacific “California” coast, Spanish explorer Sebastián Vizcaíno arrived in the bay he named Bahía La Paz, in gratitude for the fine reception that local Pericú nomads offered the explorer and his crew. Cortes also negotiated a temporary peace with the Pericú, but they and the Guaicura, another polygamous hunting and gathering people in the southern Baja peninsula, managed to hold off most other European settlers until the beginning of the 19th century. A handful of Jesuit missionaries gained temporary foothold in the region; the La Paz mission was, however, abandoned in 1748 after a series of pitched battles between the priests and local peoples, who didn’t want to give up their own secrets, governance, land, gods, or marriage customs for control by the Catholic church. The rebellious indigenous independence that neither cross nor sword nor sailing vessel could alter or destroy, smallpox finally ended, killing some 85% of the Amerindian population in the lower Baja by 1750.
By 1811, Euro-american settlers in the La Paz region, ranchers and pescadores, had established a town they called La Paz on the site of the present-day city. When Loreto, first permanent mission in the Californias, was destroyed by a hurricane in 1829, La Paz became the capital city of the region. This is why US troops occupied the city during the Mexican-American War (1846-1848), until the Treaty of Hidalgo split the Californias and gave the US its southwestern states and a more or less stable, if periodically contested border.
Five years later, in 1853, rogue General William Walker attempted to restage an American conquest of the city. Angered by the rise of abolitionist sentiment in the US, he sought to establish a new slave-holding territory in Mexico. To help carry out his plan, he raised a mercenary army of “New York Volunteers” and took control of La Paz. Walker’s reign as the self-declared “President of the Republic of Sonora” was short-lived: he fled when the Mexican army massed to retake La Paz, and the US army refused to back his Mexican territorial claim. Walker was finally tried in absentia in the US for breaching neutrality laws; in 1860 he was executed by the Honduran military, after his repeated efforts to establish additional dictatorial slave republics in Nicaragua and other portions of Central America had failed.
The designation of La Paz as a duty-free port after World War II, along with the rise of big-game fishing in the 1950s and the completion of the transpeninsular highway in 1973, linking Tijuana, Ensenada, Loreto and La Paz to southern California, ended much of the sleepy isolation of the city. But it is still a relative backwater, a holiday destination, a tourist-funded zone, more popular with Mexicans than extranjeros. And it still suffers periodic devastations.
Last time I was in La Paz, for example, in 2004, hurricane Marty had, several months earlier, destroyed the malecón, wrecked hundreds of boats and houses, yanked up trees by their roots and tainted the water supply with raw sewage, so that nearly forgotten diseases like cholera and typhoid staged a brief and frightening return. Now five years later, rumours of a new influenza, a strengthened drug trade on the mainland, and economic contraction mark the city: businesses have shut, beggars wander the streets, and there are signs of hunger and desperation. But most evenings, the breeze still blows, couples and families stroll along the sea, and fishermen cast their nets and share the entrails of the catch with the birds--and out on the breakwater, school-children, on holiday since the influenza scare has shut schools and churches and other public spaces, gather, mascaras down around their necks instead of over their noses and mouths as prescribed. They smoke and fish and laugh and listen to music and dare each other to talk to strangers late into the cool, fresh night. How could we not love the resilience and windiness of La Paz? It is so peaceful.
–And not.
You’d best be well-anchored and prepared for a bucking ride shipboard when the famous coromuels blow up.

Images:
Sand sculptures: one day only, malecón beach. “Please make a contribution to the artist so he may continue.” (I do.)
Wyland “Whaling Wall” #92: all marine creatures are life-size. See www.wylandfoundation.org for more information on Wyland’s marine education and preservation efforts.
Bronze sculpture of a ray, on the malecón
Posted by Karin Cope at 1:29 PM