ONE RIVER--Window on a Universe 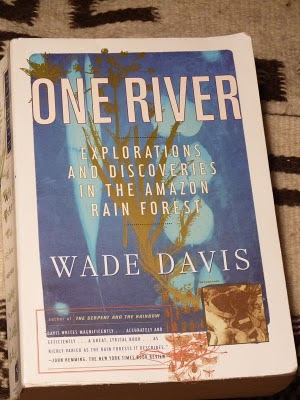 How to characterize a book that cracks a window on an entire universe?  No summaries are possible. A dozen roads radiate from this point, each a potential and remarkable journey...

In One River, Wade Davis testifies to the intellectual, cultural and geographic origins of his own work and thinking.  A tribute to his mentor at Harvard in the ethnobotany program, Richard Evans Schultes, and another of Schultes' students, Timothy Plowman, with whom Davis worked, the book tracks two circuits of ethnobotanical research in the Andes and Amazon river basin--Schultes' work of the late 1930s, '40s and early '50s, and Davis' own introduction to Amazonian rain forest botany with Tim Plowman in the 1970s.  Written when Schultes was an old man, and just after the sudden and premature death of Plowman in 1989 from AIDS, this book traces the contours of lost worlds, of languages, cultures and lifeways stamped out by the obsessions and ravages of capitalism, the American "war on drugs" and widespread neo-colonial attitudes, in which an Indian not indentured or enslaved probably ought to be dead.

The book is tinged by great sadness--above all for the disappearance of worlds, lifeways, views, knowledge, habits and languages that it can only point to in small, piercing vignettes, as when Plowman explains to Davis, in chapter two, how the Kogi people, weavers, journey, as in a weaving, across the landscape (52ff).  Or Plowman's account of the perspectives that different languages hold.  For a group in Uruguay, one of the Gaurani groups, he explains, "the word for soul was 'the sun that lies within.' They called a friend 'one's other heart.' To forgive was the same word as to forget.  They had no writing, and when they first saw paper, they called it the skin of God--just because you could send messages" (37-8).

Davis recounts one awful colonial history of destruction after another, but is able to separate insightful missionaries and clerics from ignorant proselytizers.  He gives a short (and terrible) history of rubber production, recounts a tale of the creation and marketing of cocaine from the 1850s onward, tracking America's embrace of false promises and then its overactive prohibitions and international "interdictions."

I find here a thousand stories I want to follow up on: I realize I need to find out much more about the rise and fall of the Incas and their remarkable building projects--dependent in part, upon seeing stone as a living thing (434-5):  "stones are dynamic." Likewise, I think now, having read this book, I'll make better sense of the work of Mick Taussig, and of Gerardo Reichel-Dolmatoff.  I want to look at Davis' photography (Light at the Edge of the World), and the films he's made with National Geographic.  I want to read Weston LaBarre on the peyote cult of the US Southwest--part of the last gasp of indigenous resistance against the totalizing spread of white culture and spirituality and the reservation system.  And I want to live and travel in South America, but as a much better informed and fluent Spanish speaker.  Too, I see the contours of another novel-sized tale that would take up my obsessions with flight and religious ideas in the story of the US evangelists in Ecuador in the 1950s, their attempts to placate and domesticate Indians already driven off and exploited by the Shell Oil Company at Shell-Mera (256-67).

The next ten years of life could unspool from here. I have a lot to learn from Davis' openness and curiosity, his generosity and attention to detail.  Let the work begin! 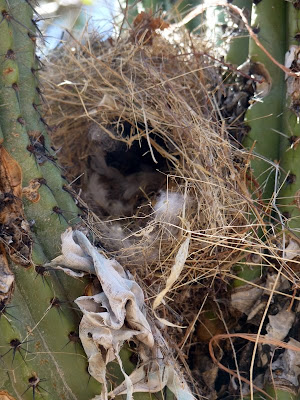