The Names of Boats 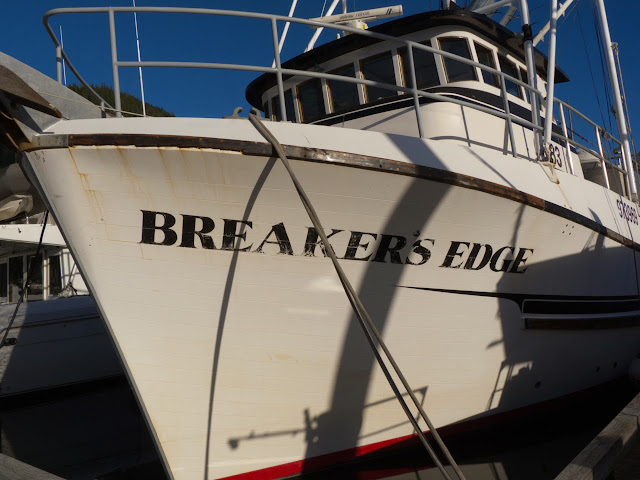 The names of boats are little windows on history, place and contemporary passions. If you cannot guess the character of a boat owner from a boat's name, you may nevertheless gain insight into the kind of community that person inhabits, or the values that matter to them.

Big expensive power boats licensed in the US or Canada tend to have expansive concept names derived from business or some sort of neoliberal ideology: Enterprise, Imagination, Liberty, Emancipation, Free Spirit, Freedom. 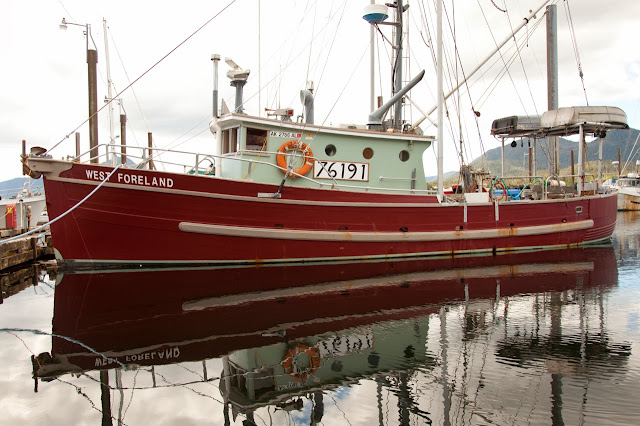 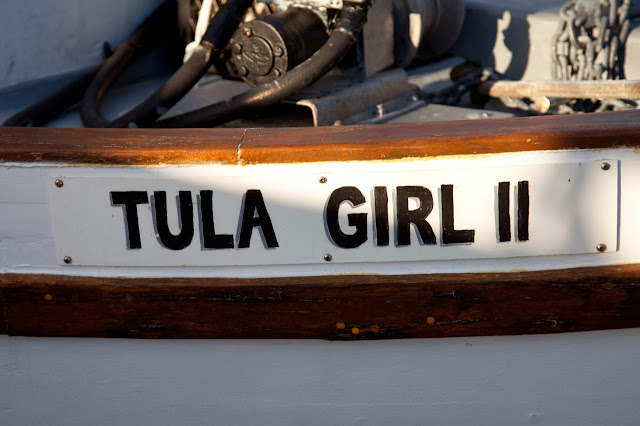 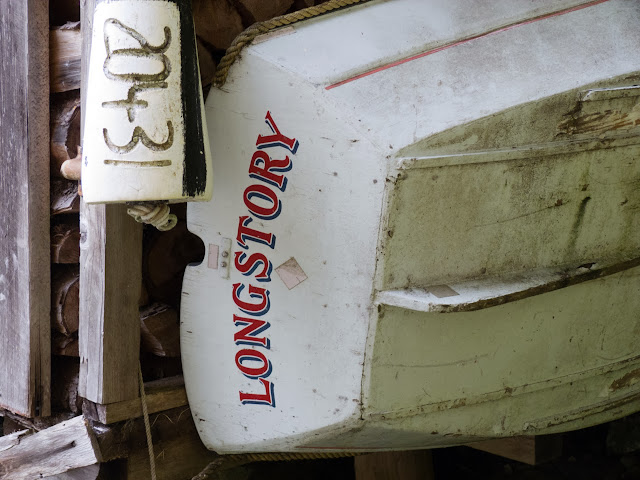 Sometimes a boat name is a statement or a philosophical or activist claim: Our Turn Now, Adventure Now, Sea Shepherd. 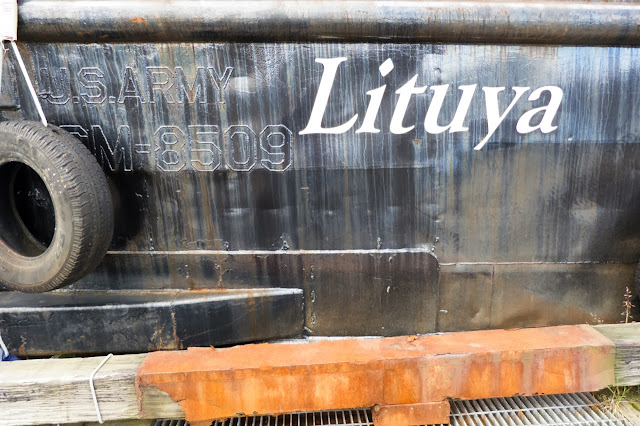 Large commercial vessels, ferries, military vessels and Coast Guard ships all have their own naming rules and customs--often after famous places (Lituya) or famous men, or both.

In British Columbia, many of the ferries on regular inter-island runs are named by combining a place (Port Alberni) with the designation Queen or Princess, depending upon the size of the vessel (Queens are larger than Princesses, and Celebrations are larger still.)

Cruise ships follow similarly precious naming designations--for example, this summer in Alaska we saw the Norwegian Diamond, the Norwegian Pearl, and the Norwegian Jewel, as well as a host of variously bedecked Princesses and Celebrities and Stars. 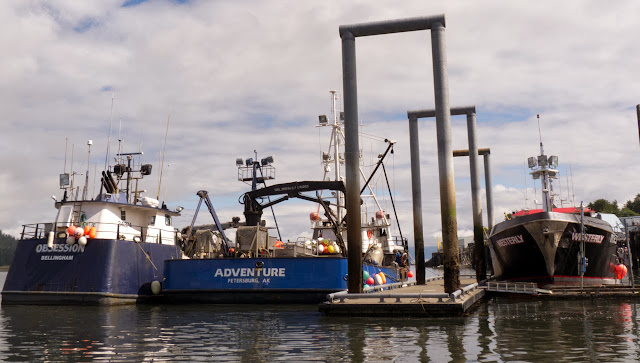 Sometimes the names of boats docked in a particular place seem to me to form a poem. In fact, years ago, when we had sailed into Puerto Vallarta, Marike started this game by making up silly chants from the names of the larger vessels moored at the marina: Rainmaker Superstar Fearless Great Escape Ruthless Attitude Adjustment Rocket.

Here is one such "found poem," composed from the names of tenders and seiners on the #1 North Dock in Petersburg, Alaska, on the 26th of July, 2013:

The nature of the poem shifts, depending up what sort of punctuation you put where--"Obsession! Adventure! Westerly Zealot" is not the same as "Obsession Adventure Westerly Zealot."  And Reality shifts entirely if it is grouped with Zealot, rather than Saint Janet.

Go down to the docks if you can, and build your own poem. If you do, please share it with me! 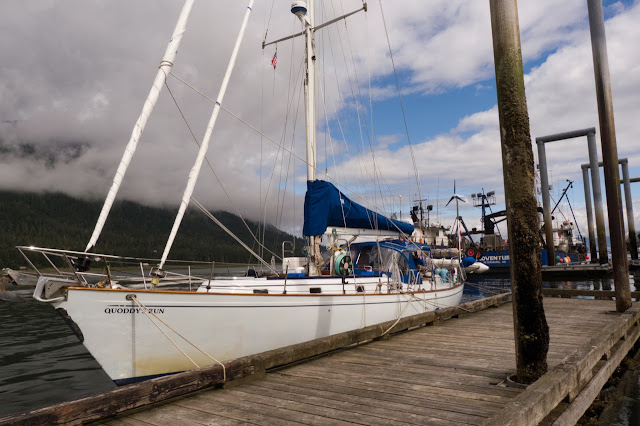 Notes
Pictures were all taken during the summer of 2013 in Alaska and British Columbia in Wrangell, Ketchikan,  Van Anda (Texada), Meyer's Chuck, and St. Petersburg. The last photo is of Quoddy's Run, whole, at dock in Petersburg.
Posted by Karin Cope at 6:36 PM