Spadework: On Poetry, Empire and the Commons 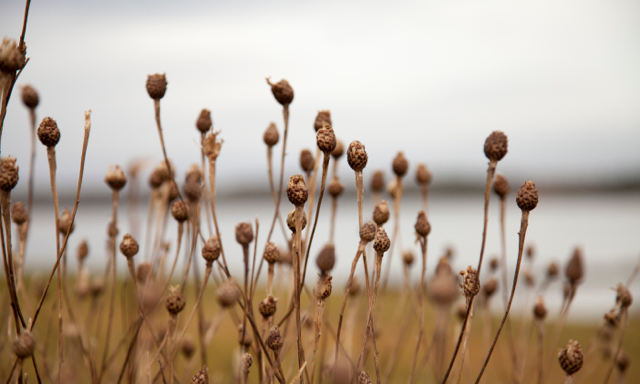 I have been reading, back to back, Richard Flanagan's marvelous novel, The Narrow Road to the Deep North, and Stephen Collis's book of incantatory poems, The Commons.  In his now quite famous essay, "Of Blackberries and the Poetic Commons," Collis argues that


Poetry and blackberries are homologous in their relation to capital--marginal, fringe, ignored by investment, sprouting in the gaps profitability and privatization leave everywhere...Because capital does not accumulate around poetry, it is allowed to exist--as it always has--as a putative commons (135).

This is an appealing argument, and in many ways it feels true.  Poetry is the language of the interstitial; it works the gaps between sense and nonsense, ordinary language and arcana, generating out of what looks like nothing pure surplus. 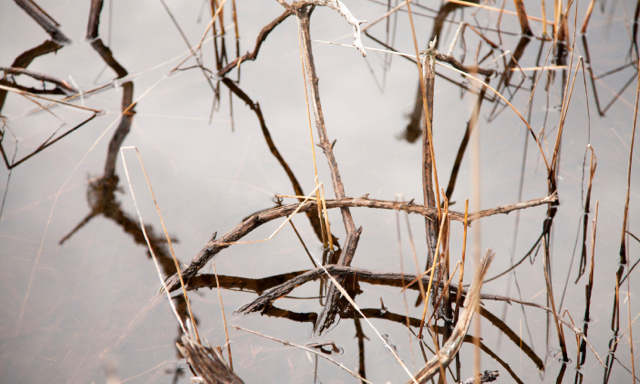 And yet, perhaps this view of poetry is too alluring. Is it always so revolutionary?  Elsewhere in his essay, Collis speaks of the blackberry bush as "virtually the negative image of European colonization" (134).  Blackberries thus occupy "the junk spaces capital has used up or forgotten or left as underdeveloped pockets" (134), Collis writes; they are fruitful, and give their bounty from these "wastelands" for nothing.  Nevertheless the blackberry of which he writes, Rubus armeniacus,  more commonly known as the Himalayan Blackberry, is, as Collis acknowledges, also itself an interloper, a settler, an introduced fruit given to taking over "disturbed sites." First cultivated in North America in 1885 by Luther Burbank--a real seed entrepreneur, among other things developer of the Shasta daisy and the Burbank Russet, the most widely cultivated and consumed potato in the world--the Himalayan Blackberry has thoroughly colonized West Coast byways. What has this once Persian fruit replaced? Harvested trees? Salmonberries? Thimbleberries? Currants? Who can now remember?

We don't care about such details when it is hot and we are thirsty and the berries hang, delicious and ripe, along the roads and trails where we walk. But we do care whether such public spaces will be gobbled up by the real estate boom on the West Coast--indeed, we sometimes find the paths to coastal rights of way by following where those blackberry bushes lead. But how many more years will we be able to sit on such scraps of beach, framed on  either side, as they always are, by multi-million dollar properties? Sooner or later, if the boom continues, these blackberries will be uprooted; this beach and then that one, along with the right of way, closed off and overshadowed. 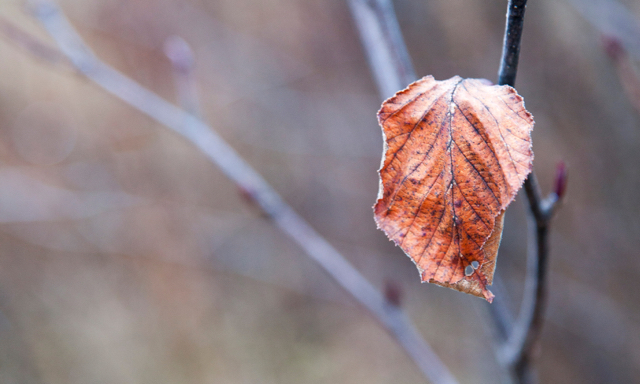 I seem to agree with Collis then, that blackberries are space-holders; as figures for the commons, they also stand in, at once, for past and future losses.  They are the surpluses, the marginal life forms that capital will ultimately overrun.  Collis writes,


The blackberry commons (as a social space and relation) is not so much a holdover from the past as it is a by-product of capital's speculative aims in the present and future. What shreds of commons we now have are more often than not gaps and lesions in capital's ever expanding body....breaches that will later be filled with investment, once devaluation has proceeded far enough to be profitable (135).

But--and this is the crucial question--does poetry work as blackberries do, opposing capital, but nevertheless also functioning as its forward and rear guards? Flanagan's tale suggests a weirder and less comfortable scenario.  In it, twentieth-century Anglo-American and Japanese empires are shown to be mirror figures; each reserves and exalts its poetic tradition (Catullus, Tennyson, Kipling; Basho, Issa, Shisui); each commits its wartime atrocities; each has its idea of glory, of perfection, of worthiness. Here, poetry is at once diversion and finest expression of national belonging; history; anthem; the body of the emperor, of right; and prelude to slaughter. Here, poetry is hope, death, and an idea of order so demanding that it does not admit of incompletion. How can this be? 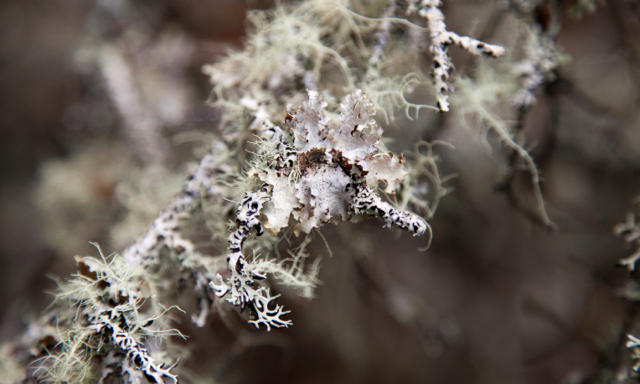 Because it is worth nothing, poetry may also be exalted; it can be affiliated with absolute rule and absolute butchery, with nobility, hopefulness, handwashing and death--precisely because it is not aligned with capital.  In Flanagan's account then, poetry is exactly what is limned by empire, and not simply the wild force at its ragged edge that speaks other truths. And this too is true.

Flanagan takes as his epigraph a line from Celan's Wolfsbohne (Wolf's-bean) that gives the lie to Adorno's claim that after Auschwitz there can be no more poetry: "Mother, they write poems." We might say then that radical critique is a matter of blackberries--like us, as carelessly wandering blackberry pickers, it feasts on the succulence of the by-ways; meanwhile, poetry does its awful double-duty, playing at profligacy, at waste riches, at little nothings--and the very names of power or empire itself.

On either side then, for its memory can be very long, poetry reminds capital that it too will amount to nothing. Someday.


his head cut off and all the vowels

and consonants taken out one by one 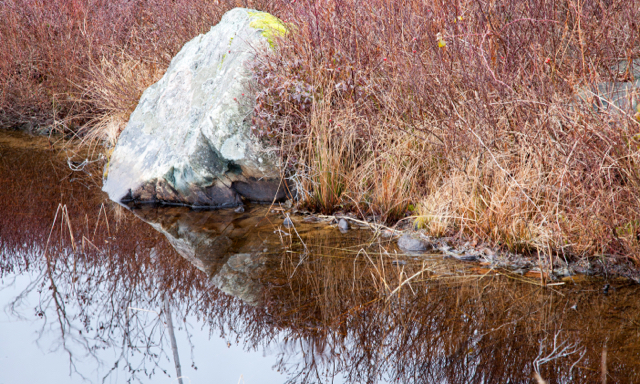 Having written these reflections on poetry, empire and the commons, I went to sleep. I dreamed that I had gone down into the basement to investigate a strange sound, and found an unfamiliar child there, an 8 or 9 year old boy.  Upon seeing me, he fled upstairs. I wondered what he was doing, and worried vaguely about my father, who in the dream was on an upper floor.  But when I turned around, the child was coming back downstairs, wielding a shovel.  I could see that he was going to swing it at my head. Panicked, I reached beside me for the fire rake, picked it up, put it down, lost it, searched again, all the while thinking no, I cannot do this: I cannot hit a child in the head.  I am going to have to take this beating, even if it kills me.  And then I remembered that I had a voice--would my father, who is quite deaf, hear me? --And if he did, what good would it do? He's also quite frail now, and crippled by arthritis. Still, with great effort, as the boy swung his shovel at my head, I cried out, waking both myself and the dog, who slept beside me.


Spadework. Poetry: if ever I thought it might help me or prove me innocent, I was wrong. Clarity (and not too much of that!),  not moral superiority, are all that one can hope for in its fields and laneways. A citizen of privilege in this most destructive and self-righteous of empires, I too do murderous harm, and will also die. Poetry may look as if it will ennoble me, but it cannot absolve me. And my father will neither hear me nor save me as we sit on both sides of this ditch, slaughterers and slaughtered:

most alien of ploughland bears your fruit.

Bears it and nourishes 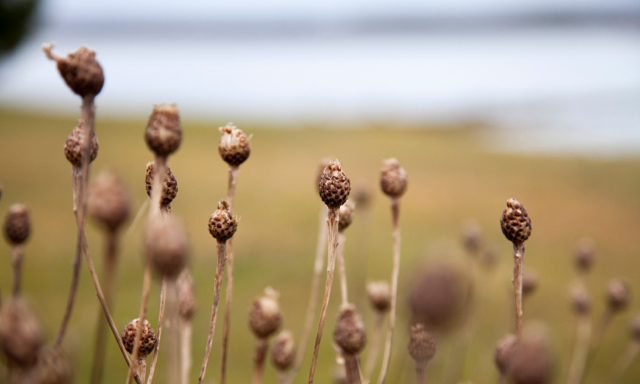 Images of wild grasses, thistles, raspberry canes, broken bulrushes and lichens ("weeds") were taken in December 2015 on our (thoroughly surveyed, partially fenced and containing a right of way to a launch slip) property in West Quoddy, Nova Scotia. If we are being truthful about such borders, we must also acknowledge that this property is located in Mi'kma'ki, the ancestral and unceded territory of the Mi'kmaq People. Although this territory is covered by the “Treaties of Peace and Friendship” which Mi’kmaq and Wolastoqiyik (Maliseet) peoples first signed with the British Crown in 1725, the treaties did not deal with surrender of lands and resources. Instead, these treaties recognized Mi’kmaq and Wolastoqiyik (Maliseet) title and established the rules for what was to be an ongoing relationship between nations, rules repeatedly and continually disrespected, breached and broached from then until now by settlers, as our putative legal title to this bit of land suggests.

All citations from Stephen Collis are from The Commons (Second Edition). Vancouver: Talonbooks, 2014.

Richard Flanagan's The Narrow Road to the Deep North shares its title with Basho's prose and verse travel journal from 1689, Oko no Hosomichi.  One of the best books I've read in a very long time, Flanagan's novel won the Man Booker Prize in 2014. In North America, it is published by Alfred K. Knopf.