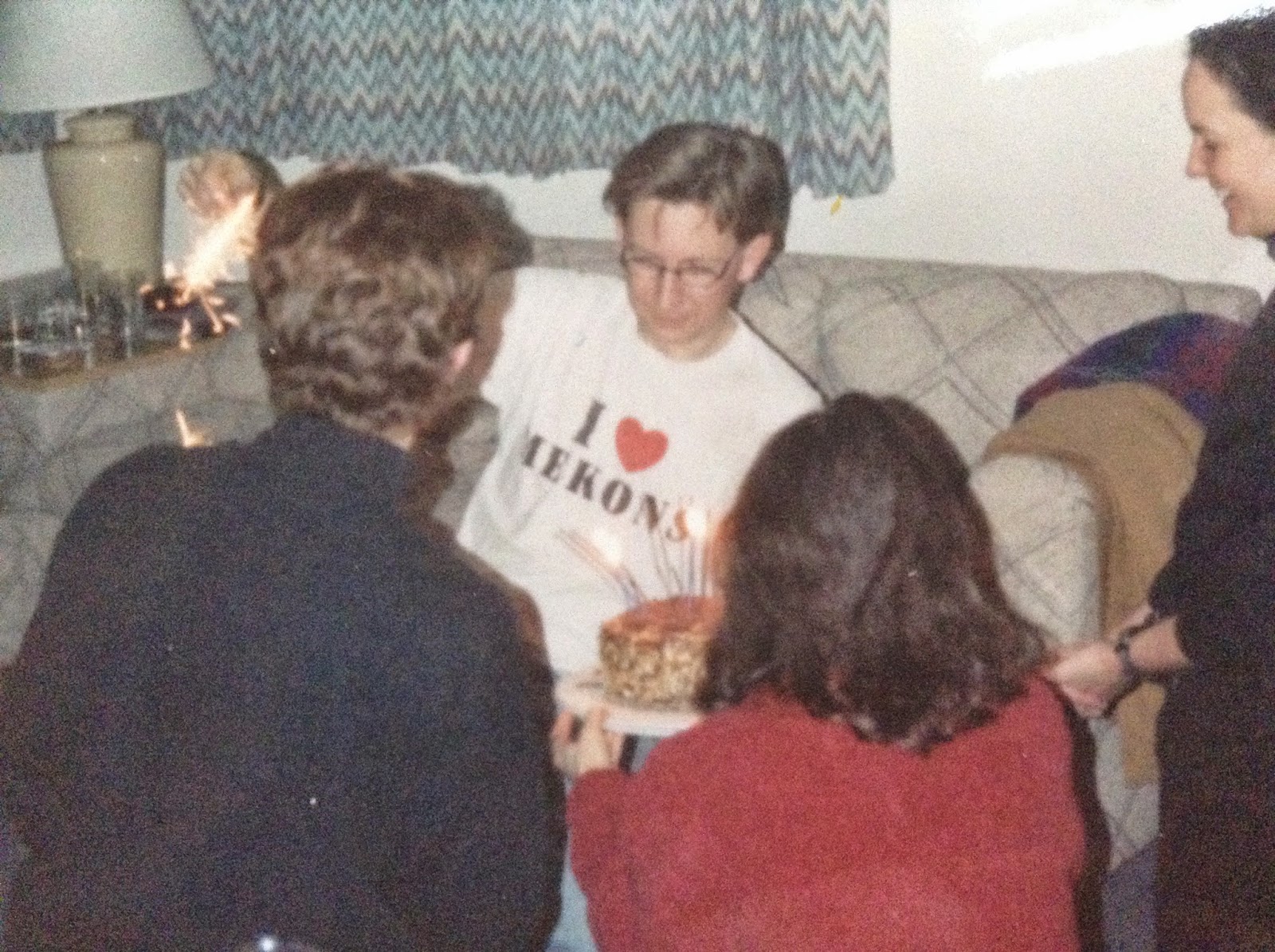 Twenty years is a lifetime, and no time at all. Enormous sorrow, but also every subsequent gift seems to flow from that catastrophic event; the finality of it has figured, one way or another in most of the major moves of my adult life, from the onset of an acute depression, to quitting my job, and an eventual recovery by and on the sea. I can trace back to that accident the fact that I've built an unusual but deeply rooted and sustaining family life, here, at the edge of my adopted country. I do not know if I would be a storyteller now, one who makes things with others, if that event had not interrupted the narrowing focus of my academic life and career, and derailed them. Now my life is filled with teaching, sure, but also with shared days and nights, fresh air, clouds or stars, frogs and owls, cats, dogs, poems, photographs, sailboats, sketches, videos, voyages, berry crisps, time to love, time to breathe, and walks with chickadees, who flutter by to feed from our hands.

Bill, I do not know if I would have had the courage to make those changes without the fact of your death before me, the stupidity of it, in a plane that had already been designated a "grave," on the return leg of an international academic commute, when what is routine turns suddenly deadly, and no fragment of you is ever recovered. How peculiar still to be thus suspended: we prepare for a meal to which you never arrive. 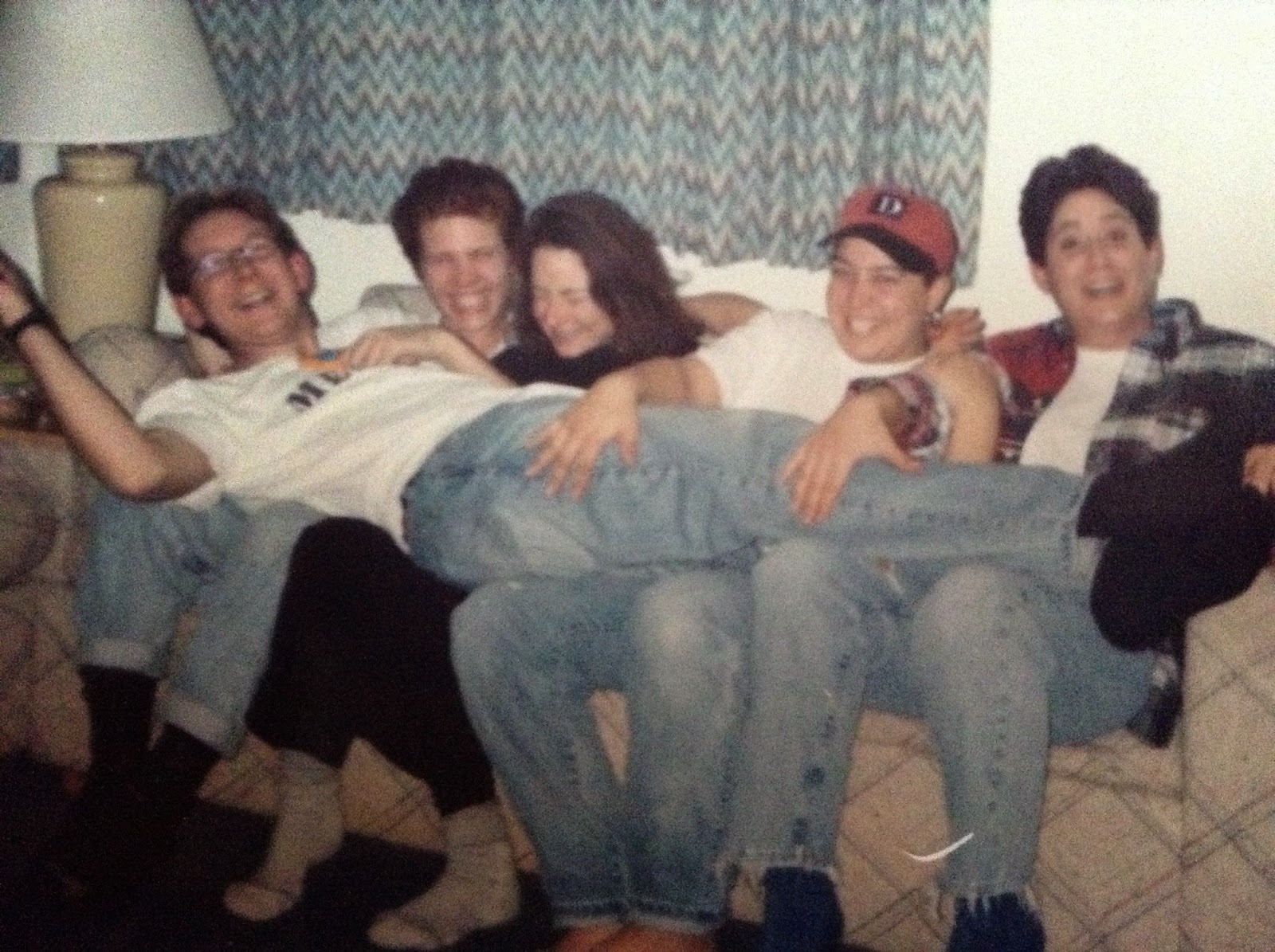 At first we waited. We thought you'd change your mind, come back from the dead. We thought we'd sit in your kitchen again while you pulled espressos and steamed milk from that machine that made you so proud, a salvaged restaurant-grade cappuccino machine you'd had plumbed in beside your kitchen sink. We thought we'd gather around your big glass table again, and drink and argue and eat exquisite meals (risotto with black truffles, seared squid, perfect greens), listen to tango, talk about politics and soccer, you with your slow deliberate French--your third or fourth language--carving enough room for all of us, no matter what or how we spoke. We thought we'd hear your reliable advice again, your homespun scholarly wisdom: the best way to pull down a grant, plan a trip, bend back the pages of a book so that it looked as if you'd read it.  You were expert at the rhetorics of the university, but you never let them master your zest for living. Until you died.

I remember one late meal on a cool fall night. Your house was full of visiting artists and scholars. One from Japan, two from Brazil, a friend from Switzerland, where you'd once taught, a scattering of friends from Montreal. I'd helped you cook dinner. You were telling stories about the first time you'd come to North America, on an open ticket that let you fly around the world. For a moment you were sober: I've taken so many flights in my life, you said, that sometimes I wonder if I've flown my number.

We all shouted you down: no, don't be silly! You're joking, right?

Two weeks later you were dead. And your comment haunted all of us who were there.

Would you have gone anyway if you had known how it would end? I know you hadn't planned to die; you'd come to see me just before you left. I'm sorry I can't stay longer, you'd said, but I'll be back next week. You were worried about your recent weight gain; we'd made a date to repot some houseplants, and to talk about something serious,  but what that was I no longer remember. How to survive the pressures of a long-distance relationship? Perhaps. Both of us had partners in the US and insanely large phone bills; we knew and shared those vicissitudes, the miscommunications and the loneliness of long-distance loves.

I remember one of the last nights I saw you. As I prepared to go and you hugged me goodbye, you clung to me, tearing, as if I were a life raft.

But that's what you had been--and continue to be in some respects--for me: the one who saved me from drowning, even as the storm of year death nearly sank me. Surviving that and the storms that have followed it have taught me what I know about strength and weakness, sadness and joy, living while and as you can.

Sometimes I still think I see you, tall form striding down a damp autumn street in your lemon yellow raincoat. You emerge from the crowd then slip back into it: ghost, old friend, guardian angel. Choose how you want to live, I hear you say; don't simply withstand. Reach out if you're unhappy; do something. Raincoats are so you'll run out into the rain.

I still miss you Bill; I always will. But now I'm putting on my coat and going out into the rain. 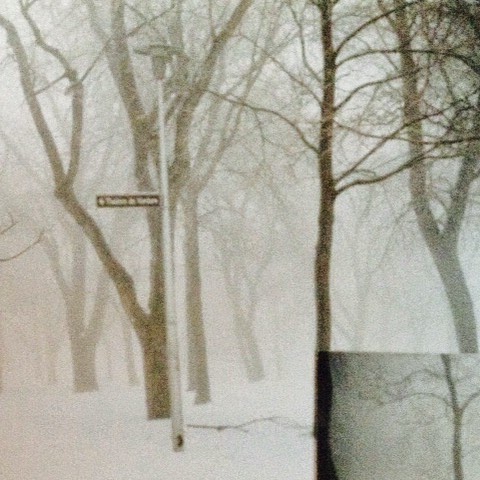 Notes
The first two pictures are copies of photos taken in 1994--of Bill's last birthday party, on a ski holiday with his wife, Diane Elam, and friends Annie and Carolyn, as well as me and my partner then, Kristin Bergen.

The last photo is from a collage of images of an early snowstorm in La Fontaine Park, which was near my house in Montreal.
Posted by Karin Cope at 12:07 PM